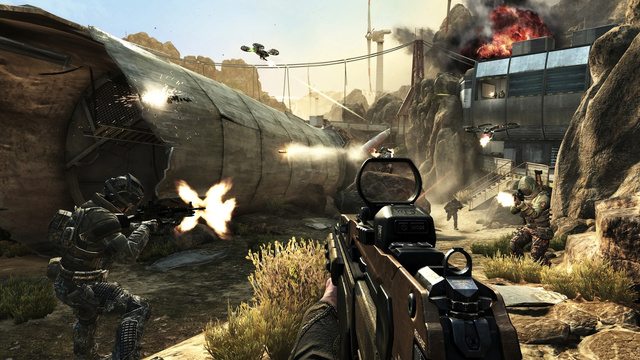 Black Ops 2 Multiplayer will stay true to its core fan base, according to a recent statement made by Mark Lamia of Treyarch. Lamia explained the interesting problem that Treyarch faces with Call of Duty: Black Ops 2. While the game needs to evolve to stay relevant, Treyarch is looking to appease their core fan base as well.

“Multiplayer is the life blood of our franchise. Call of Duty multiplayer is played 365 days a year, twenty-four seven, all over the world,” Lamia told CVG. “But we can do better. Black Ops did everything we wanted it to do. We had the customization, the theatre, the emblem editor, great maps, great options – but one of the things that it didn’t do is look at the gameplay and say: ‘hey, let’s significantly innovate upon some of these core systems.”

This is precisely what Treyarch is looking to do this time around. “I think that’s a fundamental change to the way people play Call of Duty. Black Ops 2 isn’t just the next CoD game; it really is a major step in how Call of Duty’s gameplay is going to be perceived,” Lamia continued.

Early indications from Black Ops 2 previews suggest that Treyarch has managed to do just that, but we’ll have to wait and see how the final product turns out when Call of Duty: Black Ops 2 releases on multiple platforms this November.

Expected this week, another piece of the Call of Duty: Black Ops 2 pie will be revealed next week when Treyarch reveals the Black Ops II Zombies Mode for the first time.