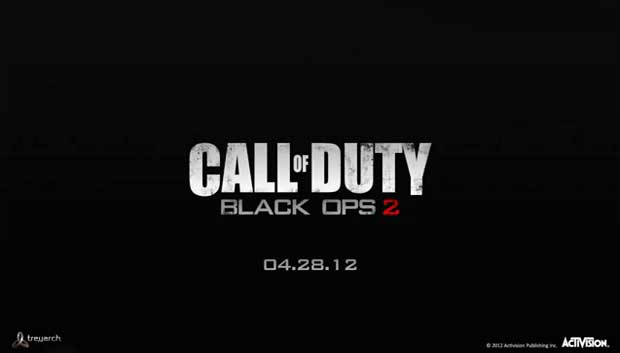 Activision has been quiet about their next installment in the Call of Duty franchise, but recent history would suggest that the company will be revealing whatever’s next for the franchise in the near future. This weekend a leak suggests that the company is readying a reveal for “Black Ops 2” as early as this month.

A simple logo for the new game, with a date pointing to April 28th, 2012 could signal a reveal coming later this month if the image turns out to be legitimate. The image was found on the official Call of Duty forums, which has since been removed by Activision.

April 28th would be two years to the date that the first teaser trailer for Call of Duty: Black Ops was revealed. However, this year, April 28th comes on a Saturday. Maybe the publisher is making a big reveal during a sporting event of some kind, as it seems unlikely that the first trailer would arrive on a weekend.

Regardless, it’s a pretty short wait to determine whether or not the leaked image is real or not. I wouldn’t be surprised to find it to be fake. Considering the massive leak of Call of Duty: Modern Warfare 3 news from last year, it’s likely that Activision is trying to keep all new intel under wraps until they’re ready to reveal.

Black Ops 2 hasn’t been confirmed by Activision at this point. Given the success of Treyarch’s last offering, it’s assumed that a sequel is in the works.