Black Ops 2 On Wii U outed in magazine preview 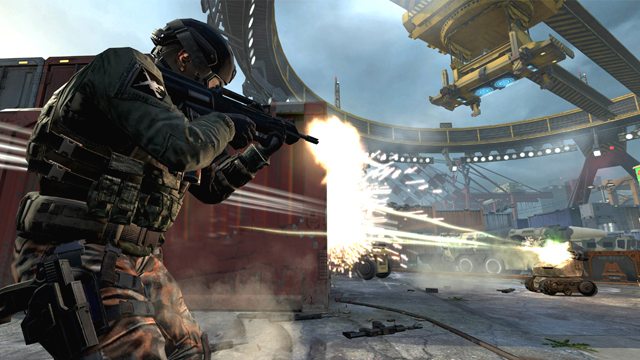 Activision has yet to announce anything official by way of Call of Duty: Black Ops II on the Wii U. Although Treyarch has plenty of experience working with the Nintendo hardware, and have alluded to a project for the upcoming console. The latest issue of Nintendo Gamer magazine contains a preview for Black Ops II on the Wii U, and its unclear if this is in anticipation of a reveal by Activision in the near future, or if its speculatory at this point.

Right now, Call of Duty: Black Ops II is scheduled for release on November 13th, 2012 on the PlayStation 3, Xbox 360, and PC. An interview from last month hinted at the possibility of a Nintendo version, but Activision did not have anything to show for the Wii U version at E3 2012.

With no official release date for the console, it could be that they are waiting for more concrete details from Nintendo to announce this big third party title.