The latest news in the world of video games at Attack of the Fanboy
March 4th, 2016 by Scott Grill 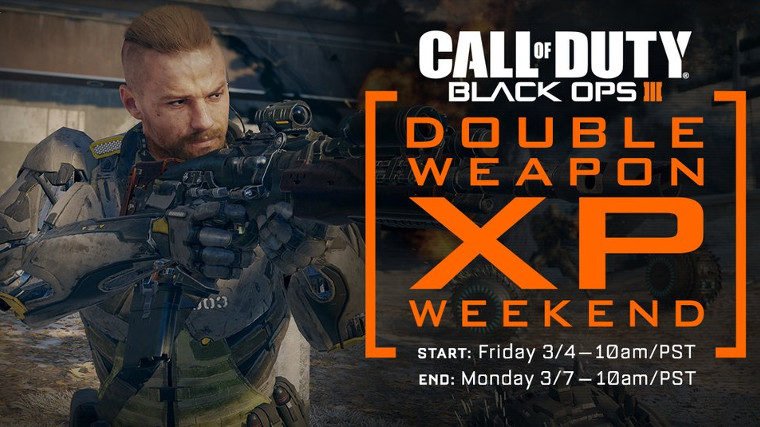 If Call of Duty: Black Ops 3 players did not get enough of double XP last weekend, then they have a chance for double weapons XP this weekend. Activision and Treyarch announced yet another double XP event for the weekend of Friday, March 4 following the release of the Awakening DLC to the Xbox One and PC.

This is a good time for Xbox One and PC players to make use of the Double Weapon XP Weekend with the release of the Awakening DLC. It was released Thursday with four new multiplayer maps – Skyjacked, Splash, Rise and Gauntlet – that take players from a snowy map outside of Zurich to an abandoned water theme park to a hovering yacht in the sky.

Awakening also includes an all new Zombies adventure with the Origins cast of Richtofen, Nicolai, Takeo, and Dempsey. “Der Eisendrache” picks up where The Giant left off as the four heroes attempt to stave off the zombie apocalypse once again, this time in an eerie medieval castle with new Mega Gobblegums to use and a mounted dragon’s head.