The latest news in the world of video games at Attack of the Fanboy
March 29th, 2016 by Scott Grill 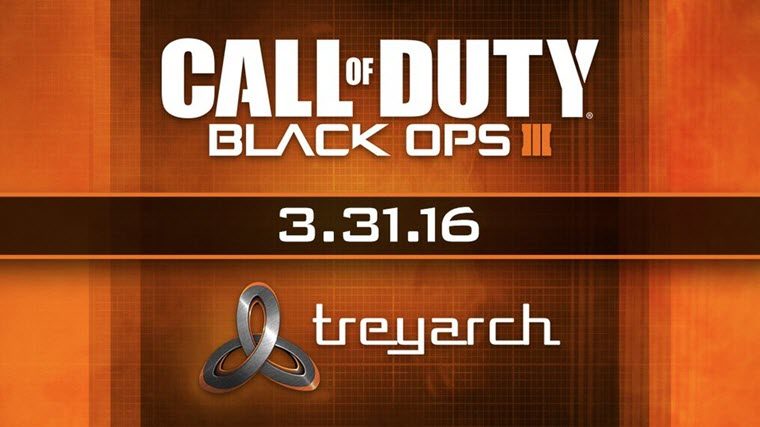 The reveal for Call of Duty: Black Ops 3’s second DLC pack will go a little differently than usual. Treyarch and Activision announced the next set of maps and the zombie experience will debut this week via a livestream with the developers chatting about what’s new.

The Black Ops 3 DLC 2 livestream will take place Thursday, March 31, according to a post from the official Call of Duty Twitter account. Treyarch Studios also confirmed the livestream and added, “Chatting MP maps + looking forward to having @NoahJ456 on the stream to chat Zombies w/Jason Blundell.

NoahJ456 is a YouTube streamer with over 1.6 million subscribers. A time for the livestream has not been announced and it’s not revealed yet if the event will take place on the Call of Duty Twitch channel or elsewhere.

As usual, the Black Ops 3 second DLC will hit the PlayStation 4 first followed by the Xbox One and PC approximately one month later. It’s still a “wait and see” moment to find out if Treyarch continues the hotly debated trend of using Supply Drops to add new weapons to the game instead of packing them in with the DLC. It’s been a hot topic with other outlets and the community speaking out against the practice.

Interestingly, the first DLC pack, Awakening, will be coming to Black Ops 3 on the PlayStation 3 per a separate Activision announcement today. Treyarch previously indicated it would not bring DLC packs to the last-gen consoles, but something must have changed.

The pack will be available for PS3 owners for $14.99 and a Season Pass is not being offered. It’s unknown if the Xbox 360 will eventually receive Awakening due to the timed-exclusivity arrangement between Sony and Activision.