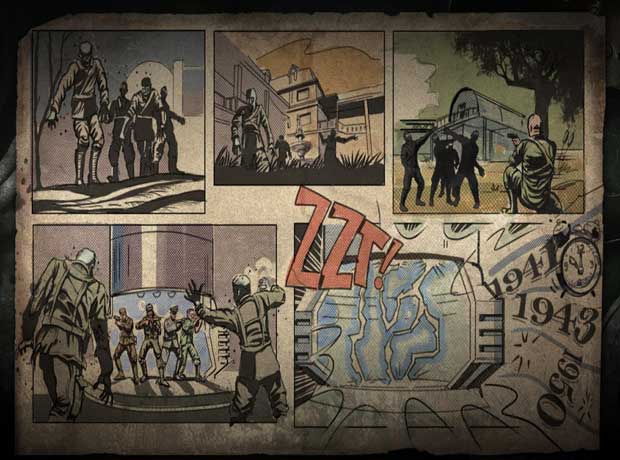 In less than a week Call of Duty: Black Ops will see it’s third map pack released for the game. The Annhilation Map Pack’s contents will be familiar on the multiplayer side of things. You’ll get four new maps to expand on the already large list of maps for the game. What wasn’t known, was whether the Zombies Mode would return to business as usual with the traditional cast of characters or not.

Shangri-La is the new Zombies Map, and it looks like the classic characters will be returning for this installment. This means you’ll be back to slaying the undead with Dempsey, Richtofen, Takeo, and Nikolai with the Call of the Dead cast looking like it was a one shot deal for the Hollywood talent. The George A. Romero inspired Call of the Dead was a nice change of pace, but I know I’m not the only one that missed the bantering of the classic cast.