Black Ops II has already made a billion dollars 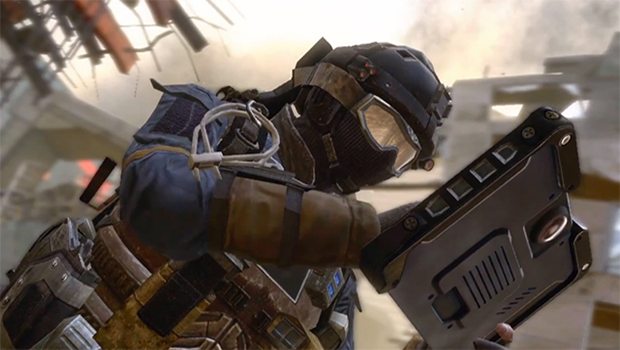 In its first fifteen days on sale, Call of Duty: Black Ops II has grossed $1 billion. For comparison’s sake, this milestone has been achieved faster than last year’s Modern Warfare 3, which reached the $1 billion milestone in 16 days.

Comparing Call of Duty to Hollywood films, Activision’s Bobby Kotick says that “Cumulative franchise revenues from players around the world are greater than current worldwide box office recepits to date for the top-10 grossing films of 2012 combined. Life to date sales for the Call of Duty franchise have exceeded worldwide theatrical box office reciepts for Harry Potter and Star Wars, the two most successful movie franchises of all time.”

Despite this success, industry analysts are still concerned about the growth of the Call of Duty franchise.  Pointing to increased competition as one of the main reasons for the possibly slowing sales numbers.

“The release of Call of Duty® has been one of the most significant entertainment events of each of the last six years,” said Bobby Kotick, CEO of Activision Blizzard. “Since Call of Duty was launched, cumulative franchise revenues from players around the world are greater than current worldwide box office receipts to date for the top-10 grossing films of 2012 combined. Life-to-date sales for the Call of Duty franchise have exceeded worldwide theatrical box office receipts for ‘Harry Potter’ and ‘Star Wars,’ the two most successful movie franchises of all time.”

Since the game’s launch, more than 150 million hours have been logged online playing Call of Duty: Black Ops II on Xbox® LIVE® and PlayStation Network.

“Entertainment franchises that captivate audiences for as long as Call of Duty has, on the scale that Call of Duty has, are very rare things. And it takes a lot of brilliant people working across many different disciplines to make it happen. It is incredibly humbling and gratifying to be a part of,” said Eric Hirshberg, CEO of Activision Publishing. “In order for Call of Duty to remain the entertainment juggernaut that it is, and keep our fans coming back for more, we need to continue to bring fresh ideas and new innovations to the table every time, while always staying true to what people fell in love with in the first place. That’s what we did with Call of Duty: Black Ops II, and that’s what we intend to keep on doing. This is an incredible milestone for an incredible franchise, and I want to thank every passionate, talented, committed person on our team who made it happen.”

Call of Duty: Black Ops II is available at retail locations worldwide on the Xbox 360 video game and entertainment system from Microsoft, PlayStation®3 computer entertainment system, Wii U™ game system from Nintendo and Windows PC. The game is rated “M” (Mature – Blood and Gore, Intense Violence, Strong Language, Suggestive Themes, Use of Drugs – content suitable for persons ages 18 and older) by the ESRB.

More information on Call of Duty: Black Ops II can be found at http://www.callofduty.com/blackops2 or on www.facebook.com/codblackops. Fans can also follow @Treyarch on Twitter.