Black Ops 2 futuristic setting might not appeal to everyone 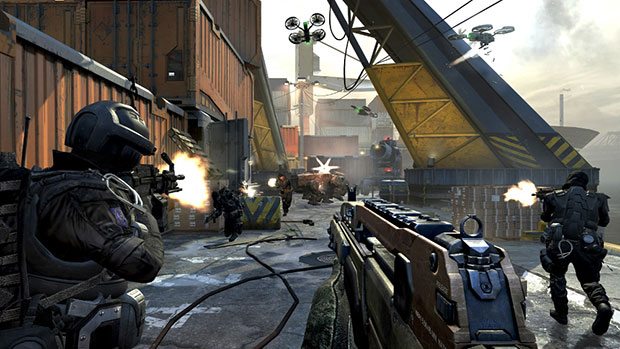 Analysts are lining up to be the first ones to call the top on the Call of Duty bubble that gaming has seen over recent years. Activision has profited immensely from a growth in the number of world wide Call of Duty fans, and has consistently outperformed themselves year-in and year-out with the franchise.

Though concerns are starting to be raised by analysts that in 2012 Call of Duty’s better years may be behind it. A soft year for hardware and software sales across the entire industry may be able to drag even the mighty Call of Duty franchise from its lofty heights set with Modern Warfare 2, Black Ops, and Modern Warfare 3.

Ben Schachter of Macquarie Securities recently told Industry Gamers that there are a number of reasons why the Call of Duty franchise may have a hard time continuing to grow. Aside from business reasons, like industry wide slow downs, the macro economic environment and currency fluctuations, Schachter believes that gamers may just be getting tired of the genre.

This is something that is visible from the drastic change in setting for Black Ops 2. The futuristic setting is a far cry from the World War II era shooters of the franchise’s past, and looks to be quite different than its closer cousin in the Modern Warfare era. It’s uncharted territory for the Call of Duty franchise, and with so much riding on this design decision, Schachter thinks that this setting “might not have the same appeal for some”.

Though it does have the benefit of a direct story tie-in with the original Black Ops. So those that played and enjoyed the original for its excellent single player campaign, will definitely know what they’re getting into with the return of popular characters from that game. It’s probably too early to tell if Black Ops 2’s major downfall will be its futuristic setting, or whether it will be a downfall at all, but at least one analyst is betting that this new futuristic take on the Call of Duty world won’t resonate with consumers like it has in the past.

What do you think about Call of Duty: Black Ops 2’s futuristic setting? Let us know in the comments below.