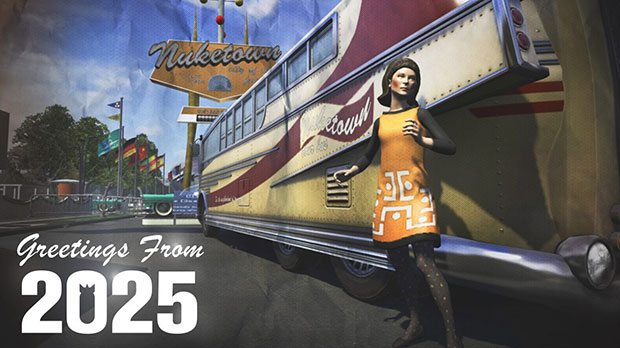 One of the most popular maps from 2010’s Call of Duty Black Ops was the Nuketown map. A densely populated map where the action was chaotic and fast, it was no surprise that Treyarch would cater to fan demand and capitalize on the popularity of the map.

Nuketown 2025 is available to any customer who pre-orders Black Ops II at a participating retailer, and will be available as downloadable content when the game releases this November. This pre-order program is said to be for the PlayStation 3, Xbox 360, and Steam versions of the game.

Treyarch hasn’t revealed much about the new Nuketown map, but this faux post card appears to have the first in-game shot of the map.