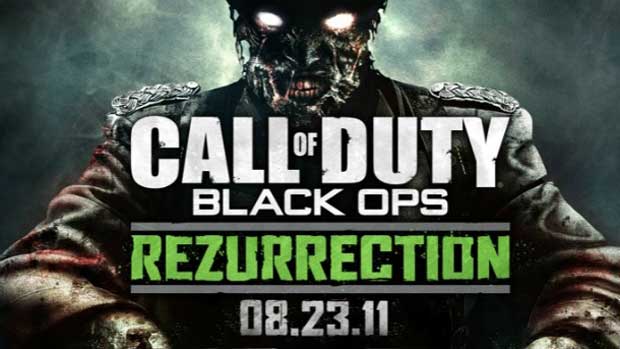 In Activision’s latest corporate earnings call the publisher announced that there is more Black Ops DLC on the way.  The company reported that the latest map pack, Call of Duty: Black Ops Annihilation did well for the Xbox 360 console and is continuing to do well on the PlayStation 3 and PC.  No specific details were given regarding the timing of Resurrection, but it will be sometime within the next two months.

Along with no date, no details were given regarding the upcoming DLC.  However, most of the Call of Duty map packs have followed the same suit for quit some time.  Especially in the case of the Treyarch developed games.  If Resurrection is anything like it’s previous three previous DLC releases, it should launch with four multiplayer maps and a new map for the Zombie killers as well.

For now, all we have is a name.  Resurrection, with more details surely to follow.

Update: New details have surfaced on the Resurrection DLC and guess what?  It’s entirely UN-like the previous map packs.  It’s completely zombie themed, with four re-mastered zombie levels from Call of Duty: World at War and one entirely new level on the moon. The content will arrive on August 23rd.

This means classic zombie maps which feature Nacht der Untoten, Verruckt, Shi No Numa, and Der Riese will all be making there way to the console by way of DLC.