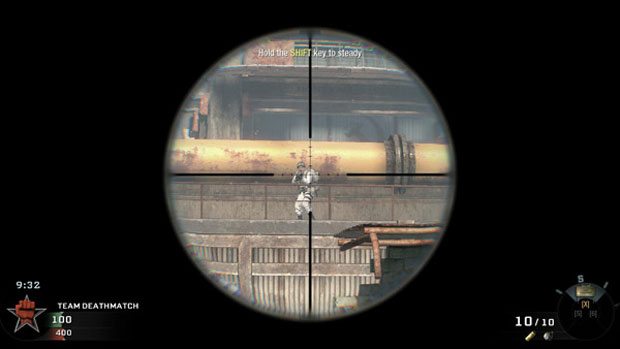 Treyarch has just gone ahead and updated Call of Duty: Black Ops. And four months in, we now have a non-nerfed sniper rifle.  Joy!  It won’t be long now until the complaining starts that they made it too powerful.  Aside from the sniper rife adjustments there were a few other issues addressed like matchmaking tweaks which now match you with comparable opponents. With Treyarch leaving in tunable settings so that adjustments to matchmaking can now be done on the fly.

Zombie mode got a few updates as well regarding exploits on the boards and leaderboard glitches.  The full list is below.

Matchmaking improvements to return higher quality results faster. This change includes settings that are tunable in the live environment, so tweaking may continue beyond initial release of this update.
The in-game store now hides DLC map packs that do not match the language of the player’s disc to decrease the possibility of users downloading the incorrect language version.
Calling in a Chopper Gunner immediately after getting shot down in a Gunship will no longer end the Chopper Gunner run prematurely. Required timing-specific button presses.
Split screen players are now able to change camera perspectives and cycle through players as a spectator.
Addressed an issue where the most recent match played in Zombies could overwrite the best match played on the leaderboard.
Improved Zombies lobbies to prevent players from erroneously receiving the error “Unable to join game session” under certain circumstances.
Addressed a number of community-discovered Zombies gameplay exploits.
Additional security feature updates.