The latest news in the world of video games at Attack of the Fanboy
May 8th, 2018 by Allen Reynolds 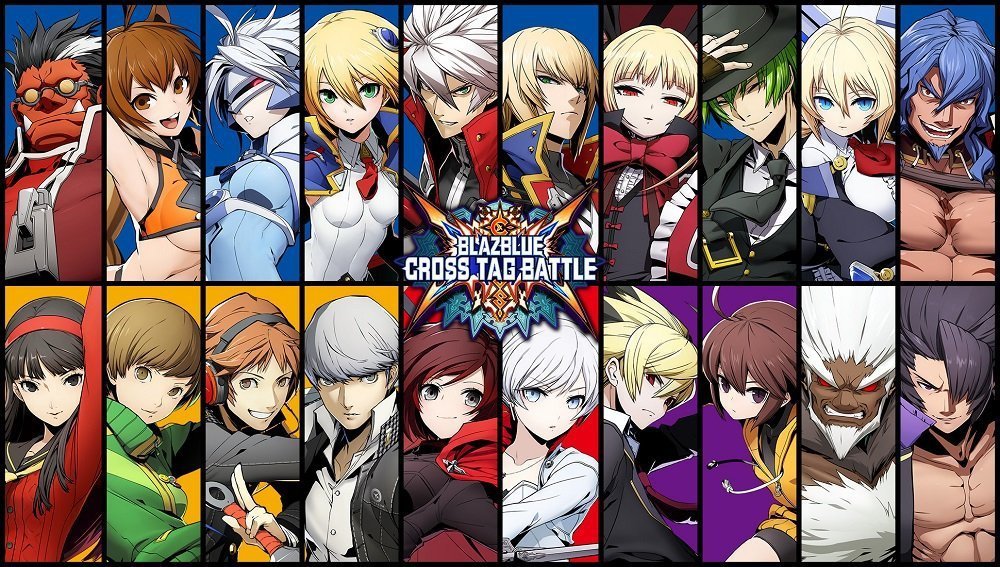 Get ready because the newest entry in the BlazBlue franchise is here, and it aims to switch up it’s usual formula with a huge mash-up of beloved characters from several series in BlazBlue Cross Tag Battle. This title will be a large crossover between 4 beloved series: the beloved BlazBlue, the lesser known Under Night In-Birth, the stylish Persona, and Rooster Teeth’s own RWBY. In traditional BlazBlue fashion, alongside the release of the standard edition of this title is releasing a hefty collector’s edition including a vast array of collectibles. Inside the gorgeous collector’s box you will get:

This edition of the game will cost $99.99 and is only available exclusively from the Arc System Works online store and will not include any additional downloadable content. Additional content packaged in 3 DLC fighter sets will begin releasing at launch with the first pack, Character Pack 1, being free for the first two weeks directly after launch. There will be a total of 6 character packs, all priced at $4.99 each, or $19.99 for Character Packs 1-6.

Additionally, digital pre-orders from the PlayStation Network will receive access to a brief closed beta from May 9th to the 14th. The beta will open to all from the 12th to the 14th.

BlazBlue Cross Tag Battle will be releasing June 5th in North America, May 31st in Japan, and TBD in Europe on the PlayStation 4 and Nintendo Switch. The standard edition of this game can be pre-ordered from Amazon and GameStop, while the Collector’s Edition can exclusively be pre-ordered from Arc System Works’ official web store.

Take a look below at a closer look at all of the items included in this beautiful collector’s edition set.