Blood Bowl 2 Gets The Necromantic Team Added To Its League 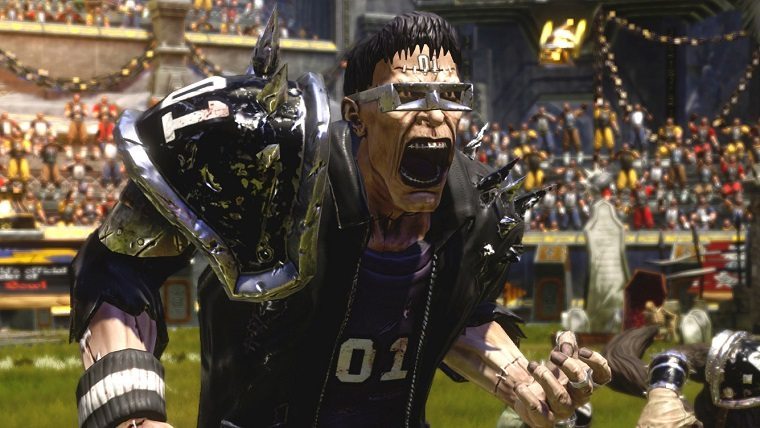 Cyanide Studios has been supporting their football-meets-Warhammer game Blood Bowl 2 consistently since launch, and now there is yet another team being added to the game. The new team in question is called The Necromantic, which joins the The Undead, Norse, Lizardmen, and Wood Elf teams as teams that have been added following the game’s launch.

Here’s the official description of The Necromantic from the Steam Page:

“The dead do not rest easy in the graveyards of the Old World. So it was only a matter of time before a Necromancer would decide to shackle these unstoppable killing machines with arcane and powerful magics, and soothe their tortured souls with a nice game of Blood Bowl.

The Necromantic are a very versatile race, but their best players are their Werewolves. These lethal killing machines are their main attacking force, providing pure psychopathic fury and claws that can render armour utterly useless.

The main dilemma for a Necromantic Coach is how to replace his more specialized players when they get pounded into the ground, never to rise again. Zombies are easy to find, shambling around any old graveyard in the dead of night, but the more useful players, such as the Flesh Golems and Werewolves, can cost a hefty sum to replace.”

It’s worth noting that this team and the previous post-launch teams will remain free until the Founder’s Incentive period (for PC/Mac players) comes to an end, which will happen when the final post-launch team (the Nurgle team) releases.