The latest news in the world of video games at Attack of the Fanboy
December 6th, 2017 by Jose Belmonte 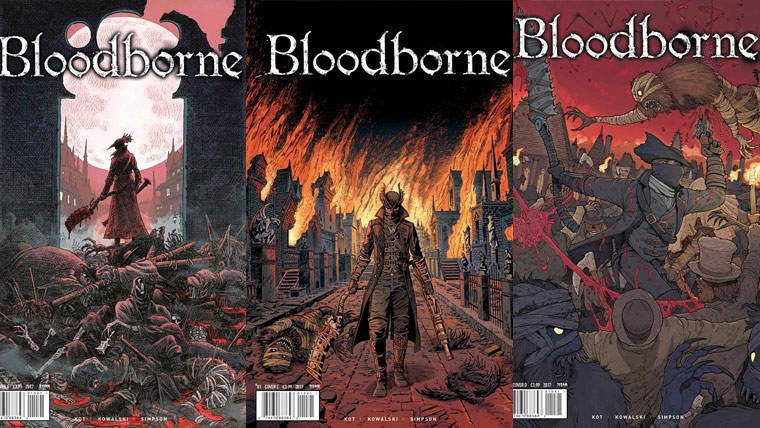 The acclaimed PS4 exclusive Bloodborne is receiving its own comic series on February 2018, and today we have received a first look at the four collectible covers and a preview of the art from the first issue. From this first look its fair to say the comic will stay faifthul to the dark and violent tone of the game, with plenty of underworld creatures and gruesome scenes to be spotted in its pages.

The series is called Bloodborne: The Death of Sleep, and it follows an unnamed Hunter as he explores the city of Yharnam. It is still not known whether the comic takes place at some point of the official timeline of the game. The Death of Sleep will be published by Titan Comics, which are also in charge of the tie-in comics based on The Evil Within 2, Wolfenstein 2 and Dishonored: Death of the Outsider.

It is being written by Ales Kot (Generation Gone) and illustrated by Piotr Kowalski (Wolfenstein, Dark Souls: Legends of the Flame). This is how Kot introduced the project at the time of its announcement: “I am honored to be working within the Bloodborne universe. There will be mystery, the weird, the eerie, the horrific and the bloody – and there will be an undercurrent of decaying romanticism, walking hand in hand with brain-mashing, soul-cleaving action, together ascending towards the Blood Moon as drawn by the talented and depraved Piotr Kowalski. Ascend with us, Hunters old and new. And do remember: one has to seek Paleblood to transcend the hunt.”

Bloodborne: The Death of Sleep will be released on February 2018. Take a look at more of the artwork below. 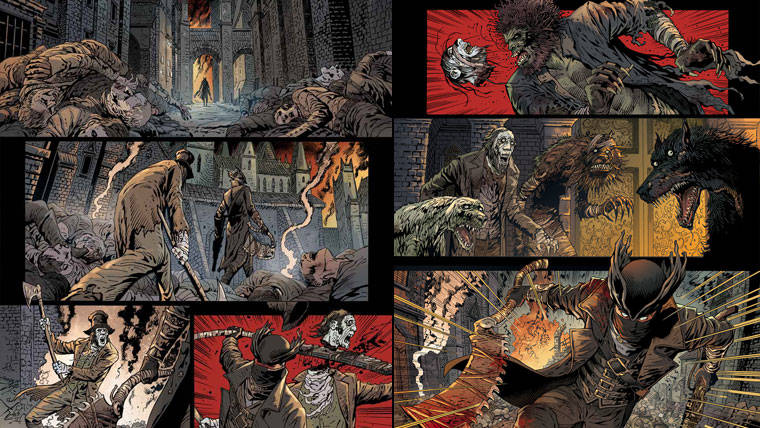