Boomerang X Swings Onto PC and Switch Next Month

Slice, fly, and dive your way to success next month. 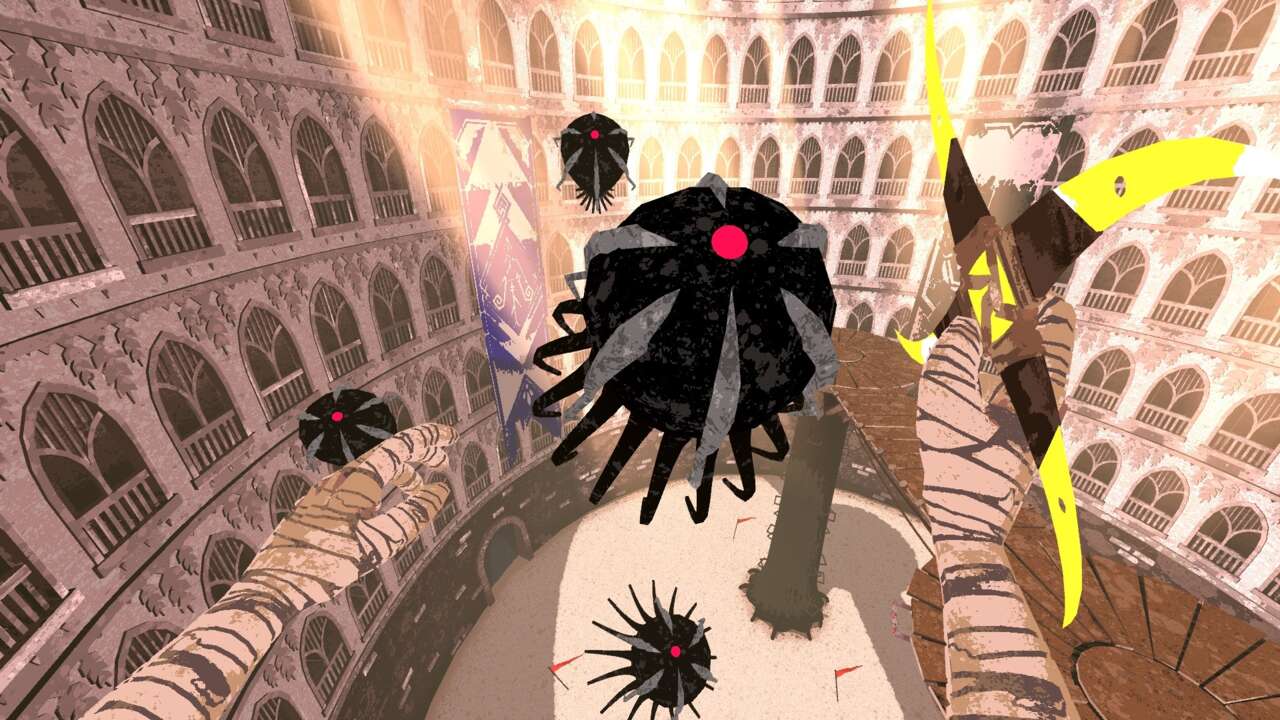 There’s something uniquely special about Devolver Digital’s diverse lineup of titles. Whether it be a city-builder where you don’t actually create a pollution nightmare, a roguelike where bullets are both your friend and enemy, or even a shooter about bananas, there’s something intriguing about each and every release. The upcoming Boomerang X is that kind of different, and very soon will grace our screens when it releases on PC and Switch on July 8!

For those unaware of this, Boomerang X is quite simple. You wash up on a shore with nothing more than your wrapped body and the tools around you. Exploring this place, you come across a cave that contains a boomerang, which comes in handy a lot more once your shadowy adversaries rear their ugly heads. As such, you must progress, using your boomerang to the best of your ability and taking out foes incredibly fast in this high-speed arena battler. I mean, what more could you really ask for honestly? If that doesn’t immediately hook you, perhaps the demo that’s currently live on Steam will tickle your fancy? Trust me, once you try the game, it’s hard to put down.

As a big fanatic of Devolver Digital’s lineup, I tried Boomerang X quite literally as soon as I could. And as such, I was immediately enthralled by its speed, finesse, and slight hilarity in a giant millipede being your friend (which hating insects myself, was quite surprising). Like any good indie, it hits different than really anything else on the market and makes for an incredibly enjoyable experience. Missing out on this one would simply be doing yourself a disservice. Especially with the choice between the arcade-style controls of the Switch or the lightning-fast, tactile response of a keyboard, it’s a game that can adapt to all kinds of players.

Boomerang X will release on both PC through Steam and Nintendo Switch on July 8. Check out the official site for more details.