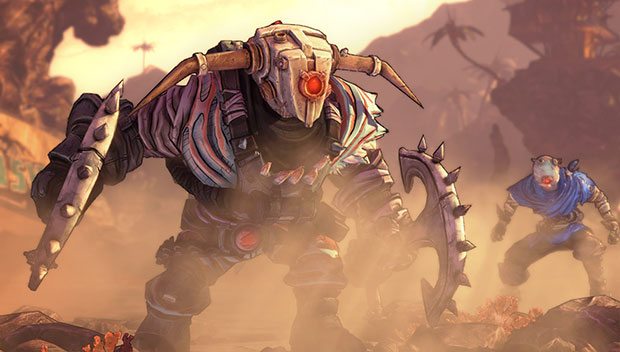 The first of the scheduled DLC for Borderlands 2 is set to arrive tomorrow with the release of Captain Scarlett and her Pirate’s Booty. The expansion content will introduce vault hunters to a new location on Pandora called the Oasis, as well as new vehicles to navigate the desert terrain.

Gearbox Software has recently released a bunch of new screenshots for the content, which is expected to be the first of at least four expansions for the game. Captain Scarlett and her Pirate’s Booty will run you $9.99 on the Xbox 360, PlayStation 3 and PC.

This first bout of Borderlands 2 DLC is also available as part of the Season Pass, which will net you access to all four future expansions for the game at a discounted rate.