The latest news in the world of video games at Attack of the Fanboy
May 2nd, 2013 by William Schwartz 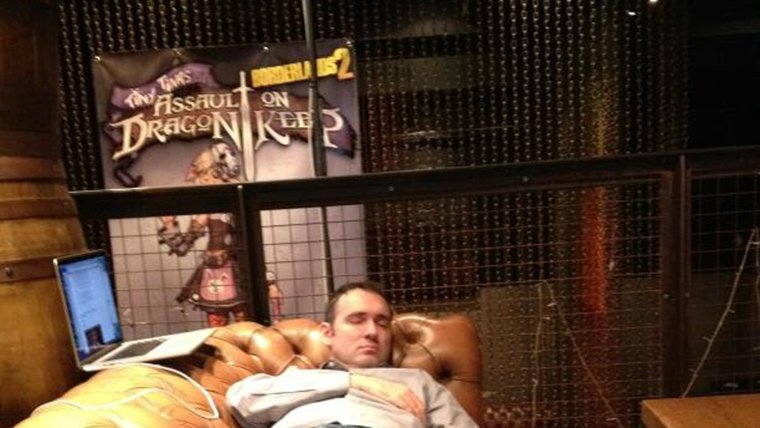 Gearbox Software may have inadvertently revealed the fourth installment of Borderlands 2 DLC via Twitter. An image uploaded to the social network revealed “Tiny Tina’s Assault on Dragon Keep”, presumably the next installment of DLC for the shooter.

Back at PAX East, Gearbox revealed a few details about the next bout of DLC. At the convention, the developers implicated Tina’s involvement in the next batch of content, so this “leak” (see mistake) is undoubtedly true. The tweet has since been deleted, but we’ll likely be hearing more about the DLC shortly if it is still scheduled for a June release.

This fourth pack will be the last of the promised content in the Borderlands 2 Season Pass.

Gearbox Software has been getting their fair share of bad press lately. The company was recently listed as a defendant in a class action lawsuit that accuses the developers of falsely advertising their poorly received Aliens: Colonial Marines game. Plaintiffs suggest that misleading footage that was used at tradeshows misled consumers into thinking that the game was of higher quality than the finished product sold to consumers.

Update: Tiny Tina’s Assault on Dragon Keep has been confirmed by Gearbox. The DLC will arrive on June 25th for $9.99 or 800 Microsoft Points.