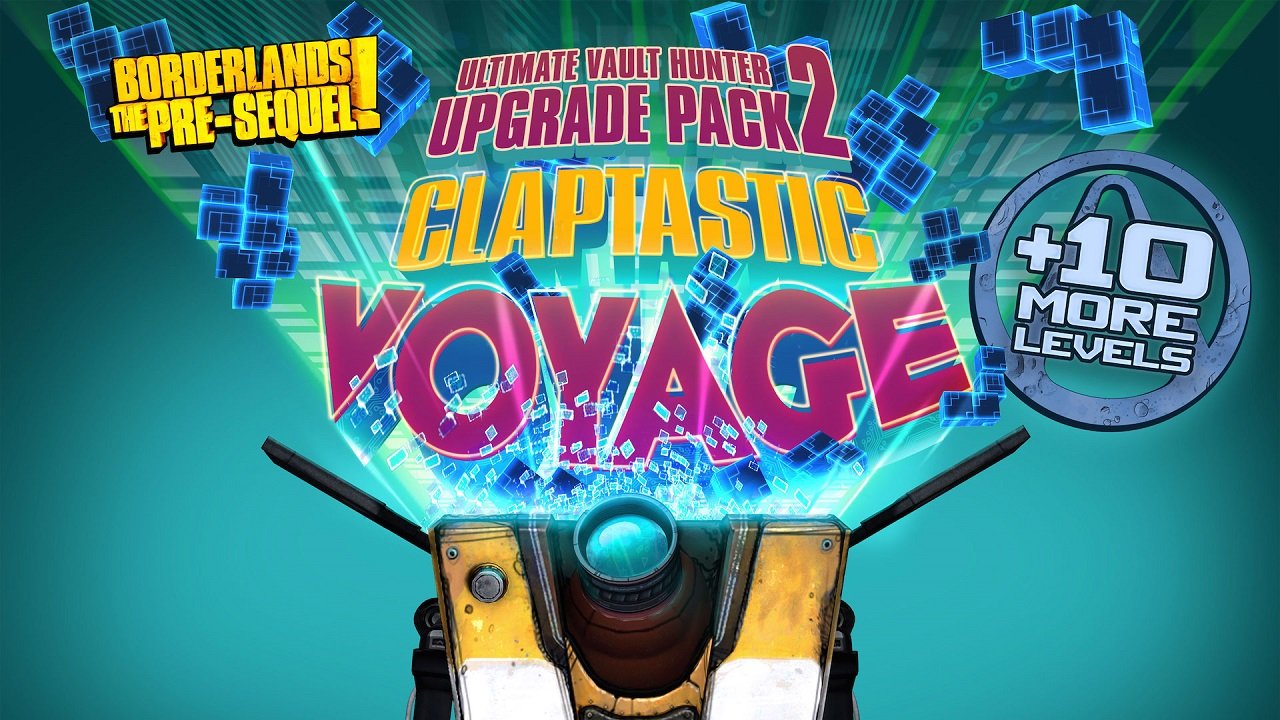 Borderlands: The Handsome Collection might be on its way later this month but Gearbox and 2K Games won’t leave out those who picked up Borderlands: The Pre-Sequel on Xbox 360, PlayStation 3, and PC out in the cold. New campaign content has been announced to release later this month that will take players on ten new missions as well as an additional add-on that will raise the level cap by ten.

The Claptastic Voyage is set to take players on a grand adventure, about everyone’s favorite dubstep loving robot. Vault hunters will be digitized and force to journey inside Claptrap’s mind and unravel what makes the little guy tick. Fans will learn unanswered questions about Claptrap’s past, including why he loves dubstep so much. They will also come into contact with new and old friends alike. The other content available is the final pack to release for Borderlands: The Pre-Sequel season pass. The  Ultimate Vault Hunter Upgrade Pack 2 raises the level cap by ten to 70 and allows players to earn ten more skill points. The funny thing about the new DLC is that it’s coming out on the same day as the PS4 and Xbox One’s Handsome Collection. The Handsome Collection includes all the content packs for Borderlands: The Pre-Sequel. Check out the official trailer below.

The Claptastic Voyage and Ultimate Vault Hunter Upgrade Pack 2 is set to release on March 24th for PC, PlayStation 3, and Xbox 360. Both packs will be available as apart of the Borderlands: The Pre-Sequel Season Pass. If you don’t already own the season pass, Claptastic Voyage and the Ultimate Vault Hunter Upgrade Pack 2 will be sold together as one pack for $9.99.