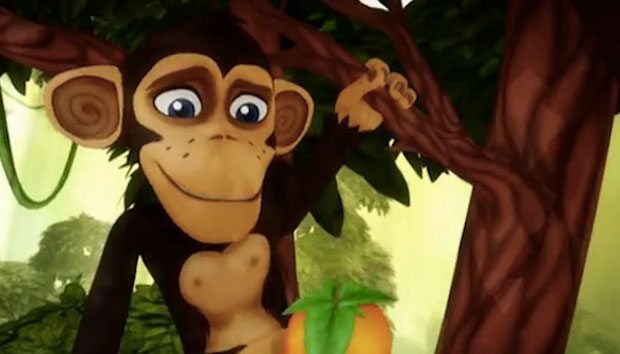 If you’re familiar with the likes of FarmVille, you probably associate Zynga with the words “money” and “patience” as many of the developer’s games encourage you to purchase additional content and subsequently wait for it to take effect in-game (which translates to a lot of real world time sitting on your ass). With Turmell and Zynga’s new game Bubble Safari, which will hit the Web tomorrow, you can play as long as your winning streak will allow you. It’ll cost “energy points” to play each new round of the game, but you get your spent energy back if you win the round.

Bubble Safari is essentially Zynga’s attempt at taking a fresh angle at the bubble-shooter/pop em’ genre. The developer is implementing power-ups like sticky bombs, lightning, and the game’s “on-fire mode” (allowing you to briefly blast huge clumps of bubbles) which spice up gameplay and prevent the title from becoming a straight rip-off of previous genre hits like Bust-a-Move and Snood.

Although you’ll be able to buy bonus bubbles if you’ve fired your default set and have failed to complete the level, as well as buy extra energy to continue after you’ve failed, you’ll only be able to do so once per level. As Turmell told Kotaku earlier, “I think it’s important for players to lose and be challenged. That’s unlike a typical social game.”

A Facebook game you can actually lose at? One that requires a miniscule amount of skill in order to succeed? It’s certainly an intriguing idea. Check out the Bubble Safari preview video and get hyped to follow Bubbles on his journey through the jungle: