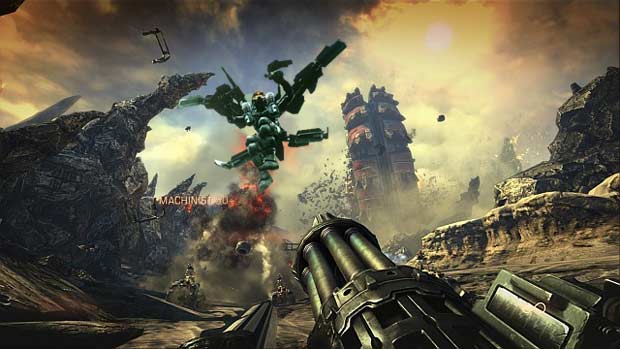 Bulletstorm sales were disappointing, claims Cowan & Company analyst Doug Creutz.  The game which released just weeks ago in February sold around 280,000 units for the PS3 and Xbox 360.  The analyst deems these numbers as “disappointing“.  However, it did manage to sell more than another shooter which was released on the very same day: Killzone 3.

Perhaps it wasn’t a fair fight, Bulletstorm which was a multiplatform game was available on the PS3, Xbox 360, and PC.  Across those platforms the game sold 285,600 copies in February according to VG Chartz.  Killzone 3, was close behind the non-traditional shooter with 279,600 units. Notably, Killzone 3 is exclusive to the PlayStation 3 console.  Both games recieved great reviews by the critics included in the metacritc averaging system and had comparable scores with Bulletstorm scoring an 84 and Killzone 3 scoring an 85.