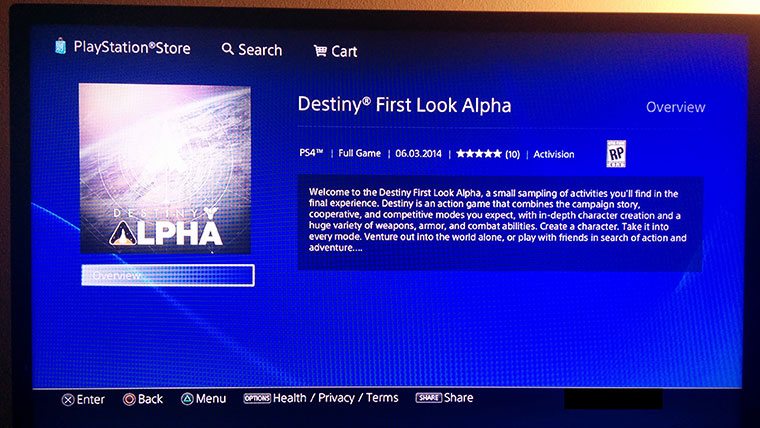 An image recently made its way to the internet that indicated a June 3rd launch of the Destiny “Beta”, which in fact is a closed Alpha, according to Bungie. As you can see in the image above that made its way to Reddit, the Alpha is slated to launch on June 3rd, but Bungie has clarified what to expect from Destiny in the weeks and months ahead.

According to a post on Bungie.net “The Destiny Alpha has only been made available to Bungie employees.” In the weeks ahead, media and E3 attendees will get hands-on with competitive multiplayer, “in intense, skill-based arenas.”

So when will the Destiny beta release for pre-order customers? Bungie still isn’t revealing that just yet. Rumored for a summer release, Bungie says that the Destiny Beta “will be the big, pre-launch hands-on experience.”

Destiny is due to arrive on September 9th, and a late-July or August Beta is most likely for the shooter.