Burnout Paradise Remastered Heading to PS4 and Xbox One in March

The latest news in the world of video games at Attack of the Fanboy
February 20th, 2018 by C.J. Keller 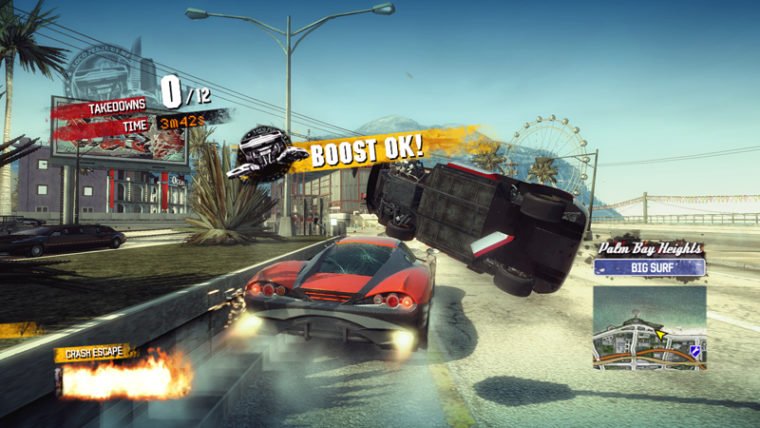 Burnout Paradise is getting a remaster for current gen consoles and it’s slated to arrive in March.  Announced today by Electronic Arts, Burnout Paradise Remastered will launch on March 16th for the PlayStation 4 and Xbox One.

The game will take players back to Paradise City for the first time since 2008 and will feature all of open-world havoc of the original.  The remaster will feature the original game and the eight add-on packs that were released alongside it.  This includes the Big Surf Island downloadable content.

EA says that this remaster will take advantage of the PlayStation 4 Pro and Xbox One X for 4K visuals, high-resolution textures and 60 FPS gameplay.

“When people think of Criterion Games, they often remember the Burnout franchise and for good reason. What we created 10 years ago, is as fun and unique today as it was back then,” said Matt Webster, General Manager at Criterion Games in a press release from EA. “Burnout Paradise is an open world arcade racer built to provide players the thrill of racing with their friends, in a free form way that’s both seamless and immersive. Featuring Criterion’s trademark speed and destruction with awesome stunts and spectacular crashes. With the release of this remaster, we’re able to share this action-packed ride and innovate online vehicle play with a whole new generation of players.”

For those that are members of EA Access, they will be able to try the game first beginning on March 9th.

Burnout Paradise Remastered will launch at $39.99.

You can check out the trailer for Burnout Paradise Remastered below: