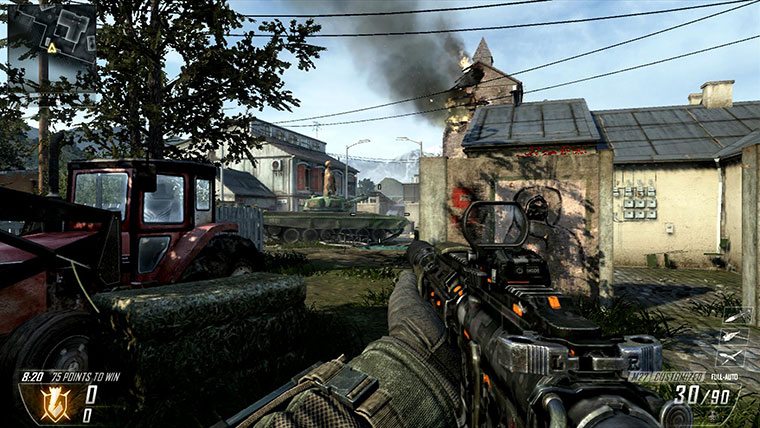 Call of Duty is a series in decline. The latest entry in the shooter franchise from Activision, Call of Duty: Ghosts is selling worse than its 2012 predecessor, Call of Duty: Black Ops 2. Analysts project that the game’s year over year sales are down almost 20%.

Worse yet, the declines are even steeper when looking at the differences between sales for Ghosts, and 2011’s release of Modern Warfare 3.

“Upon further reflection, we think the [Call of Duty] numbers are a bit more troubling than they first appeared,” Creutz wrote. “While the year-over-year gap is only 19 percent thus far, that includes two extra weeks of sales for the 360 and PS3 versions [of Black Ops II]. Against 2011′s [Modern Warfare 3], where the difference is only one week, the title is down 32 percent life-to-date.”

The analyst believes that this 19% will only get bigger going forward. And Call of Duty: Ghosts could see as much as a 25% decrease in sales between Black Ops 2.