Call Of Duty: World At War Runs Only Slightly Better On Xbox One, Analysis Reveals 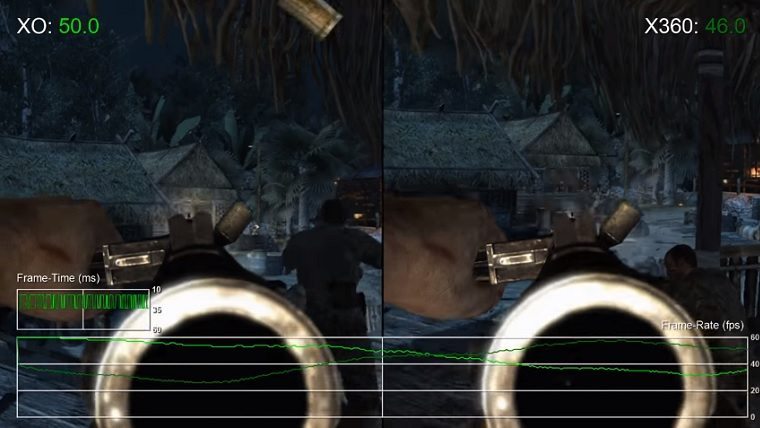 The fifth main entry in the Call of Duty series, Treyarch’s World at War, recently got backwards compatibility support on Xbox One, marking yet another of the older games in the series that have gotten the support. However, while some games have gotten a pretty big performance boost, World at War’s is only a minor one.

This was revealed in a new analysis video done by Digital Foundry, which showed that the game runs into similar frame rate issues with both versions of the game. While the game is able to maintain the targeted 60 fps during quieter moments on the Xbox One, in scenes where the action is intense both versions suffer considerable fps drops.

Zombies mode was tested and revealed that it performs about as well on Xbox One as it does on Xbox 360, though the multiplayer was not tested. Overall, this new game did not enjoy a performance boost nearly as big as the one seen with Call of Duty 2. You can check out the video at the bottom of this post.

Next up for the Call of Duty series is Infinite Warfare and Modern Warfare Remastered, which will both launch for PlayStation 4, Xbox One and PC on November 4th.