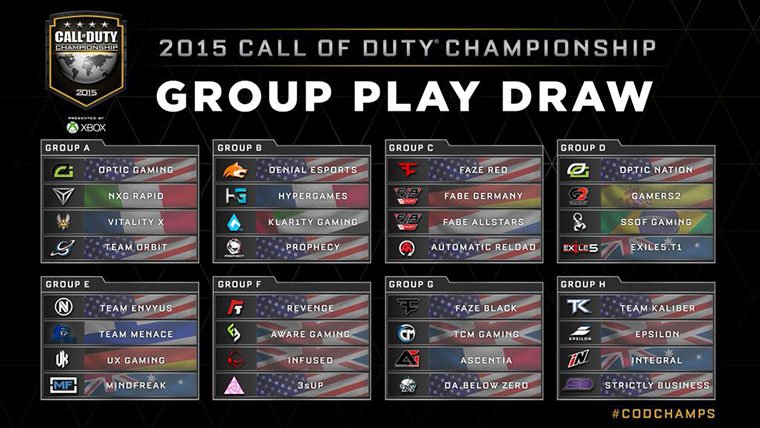 Call of Duty: Advanced Warfare’s top teams begin to fight for a one million dollar prize starting today at the Call of Duty Championship.  32 Teams from around the globe will compete in the Xbox sponsored tournament, which runs all weekend with the finals taking place on Sunday.

The tournament features a round-robin style set-up with eight groups of four teams.  The top two teams from each group advance to a 16-team double elmination bracket.  The team that places first will take home $400,000 of the total $1,000,000 prize pool.  The other seven teams will take home prizes that range between $200,000 for the runners up, to $25,000 for the eighth place team.

Those tuning in to the live streams of the tournament play this weekend will get a sneak peek at the Ascendence DLC, which is due out later this month.

We’ve got the live stream from Group A below, but if you’d like to check out Bravo, Charlie or Delta use the next page buttons below.