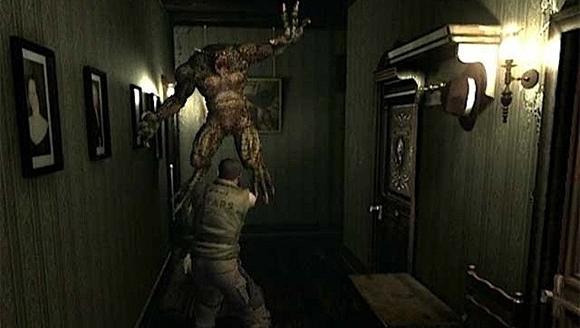 Capcom has just announced Resident Evil HD Remaster which will be a remake of the original game.

This news comes courtesy of the latest issue of Famitsu magazine. Gaming Everything uploaded the scan for Resident Evil HD Remaster, although not much of the game can be seen at this point. In either case, this will be great news for fans of the original game. It’s also great news for fans of the series that love the survival horror aspect of the series. Many people didn’t like Resident Evil 5 and 6 because they copied “Call of Duty” too much.

Not much else is known about the Resident Evil HD Remaster at this time. However, the game is being remade based off of the Gamecube remake that was released over a decade ago. Capcom will make remake the Gamecube graphics and make the remaster more in line with today’s visuals. The game is being planned to be released for the PS3, Xbox 360, PC, PS4 and Xbox One. Sadly no Wii U version was announced.

Resident Evil HD Remaster has a release date of November 27th in Japan for PS3 and Xbox 360. The PC, PS4 and Xbox One version will be out early 2015. No word about a Western release yet.