Capcom announces the return of Strider 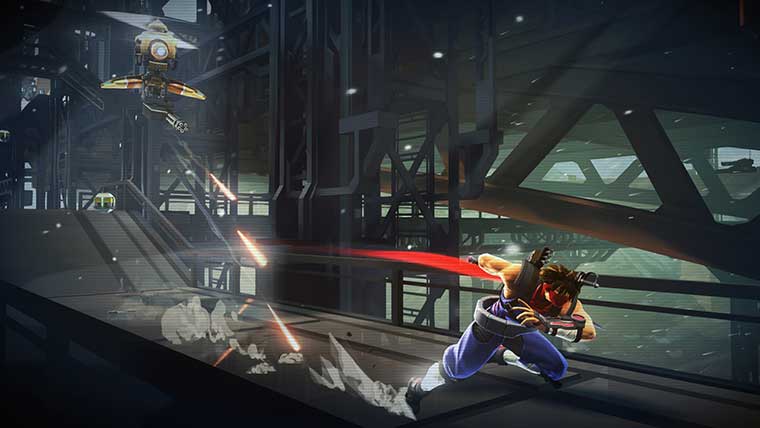 Capcom has announced the return of Strider.  The series made popular on the Sega Genesis, details are slim about the franchise reboot.   The announcement came out of the Capcom panel at San Diego Comic Con, and it’s a game that fans have been calling for for quite some time.

Double Helix is behind the game, and it’s the second older franchise that they’ve announced in the past couple months.  The first being Killer Instinct for the Xbox One.  We’ll update with more details when we get them.

We’ll likely get official images and hopefully video shortly from Capcom, but until then, have a look at this blurry image taken from the announcement.

Update 1:  Word out of the Capcom panel is that the game is Metroidvania style and will be arriving on the PC, PlayStation 4, Xbox One, Xbox 360, and PlayStation 3.  Strider due to release in early 2014.

Originally released in 1989, Strider remains one of Capcom’s most enduring franchises. The game tells the story of Hiryu, the youngest ever “Super A” ranked agent of an elite corps known as the Striders. Strider Hiryu receives orders to assassinate Grandmaster Meio, supreme dictator of Earth, who has plunged humanity into a dystopian dark age.

Since the original release, Strider Hiryu has battled through multiple sequels, and appears as a playable character in Capcom’s Marvel vs. Capcom series of fighting games, most recently Ultimate Marvel vs. Capcom 3, released in 2011. Strider is a consistent fan favorite for Capcom, always ranked at the top of fan polls as a character in high demand to return in his own game.

New to the franchise is the massive interconnected world of Kazakh City which players can explore in any direction they choose. The traditional level structure has been replaced with a retraceable world and a deep ability upgrade system which enables Hiryu to build more power and abilities to penetrate ever deeper into the dystopian adventure.

Double Helix is thrilled to be working with some of the original Strider creative leaders from Capcom’s Osaka production offices to bring another fan favorite franchise back to life!