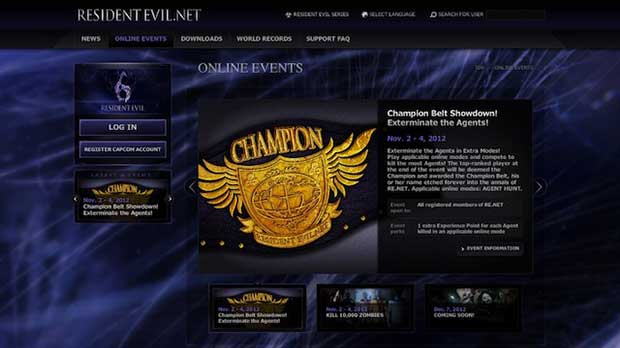 Capcom has put details to the recently announced Resident Evil 6 free online service that keeps tabs on your pertinent statistics. With the RE.Net service, you’ll be able to track statistics in-game like enemies killed, weapons used, medals earned, and others. Further, you can connect with friends via social networks like Facebook and Twitter to share your recent accomplishments with your friends.

Alongside the RE.Net launch, a companion app will also be made available for iOS, Android, and Windows mobile devices. Capcom will also be hosting special Resident Evil 6 Community Events through the RE.Net service. This includes organized events that tasks players with going for high scores, mopping up a set number of enemies, or “Champion Belt Events” that will crown the best Resident Evil 6 players in the world.

The RE.Net Service will launch alongside Resident Evil 6 when the game arrives on October 2nd on the Xbox 360 and PS3.