The latest news in the world of video games at Attack of the Fanboy
July 6th, 2013 by William Schwartz 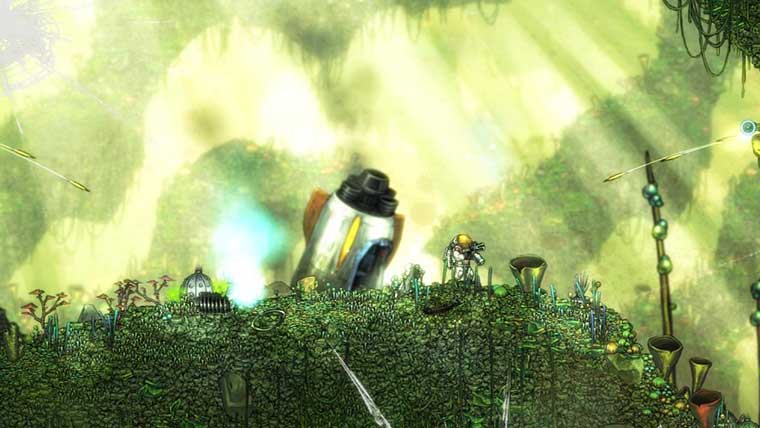 Capsized, a run and gun platform game which debuted on the PC in 2011 is now available on the XBLA. The game was announced for both, PC and XBLA nearly three and a half years ago and the PC version holds a score of  80 on Metacritic. The XBLA edition of the game will have 3 brand-new levels exclusive to this release along with online multiplayer and an online multiplayer co-op mode.

Capsized is an action-packed survival shooter that combines innovative physics-based combat with nods to classic platform games. Navigate through perilous environments while fighting bloodthirsty creatures to save your crewmates and escape with your lives.

Capsized will also be available on PSN later this summer.