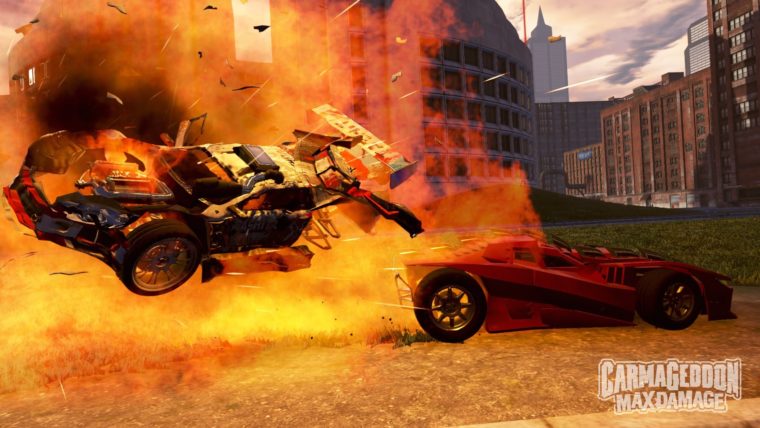 It’s been many years since we have seen a Carmageddon video game and now we will see a new one out this year with Carmageddon Max Damage. The ESRB has rated the game today and the details sound like it will be one brutal experience.

The rating summary says: “This is an action-racing game in which players drive cars through open-world environments/events. Some campaigns prompt players to wreck other cars (e.g., police cars) or run over pedestrians to win points or complete events. From a third-person perspective, players frequently run over pedestrians causing them to burst into blood and limbs; players can also pick up power-up items that inflict over-the-top violence against cars and/or pedestrians (e.g., shooting anvils or springs at cars; using wheel blades to slice up pedestrians; operating a vacuum to suck up civilians, resulting in large blood-splatter effects).

If Carmageddon Max Damage sounds like your type of game, you can get it on PS4 and Xbox One July 5th, 2016. Hopefully it captures the spirit of the older games.