Castlevania: Grimoire of Souls is Coming Back, Exclusively to Apple Arcade

Are you ready Vampire Hunters? 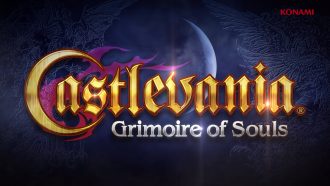 Castlevania: Grimoire of Souls, the franchise’s previously released mobile title, which debuted in September 2019 and was later discontinued only a year later, on September 9, 2020, is being re-released on the Apple Arcade. The fact was pointed out by gaming journalist Stephen Totilo, on his Twitter profile, and revealed by KONAMI in the title’s official page.

In Castlevania: Grimoire of Souls, players take the role of Alucard, now Genya Arikado, after he receives a letter claiming that, even after all the battles which took place over the centuries, Dracula will once again, be resurrected. In the game, players can take on many of the franchise’s most popular characters to battle, in more than 60 different levels, as they test their mighty against bosses in both its Story mode and On-line Multiplayer. Grimoire of Souls also marked the return of Ayami Kojima to the series, as well as the debut on many game modes, new to the franchise.

You can check out the official trailer for the game below, courtesy of KONAMI on Youtube, as well as its official description, present on its product page:

“Castlevania: Grimoire of Souls” is a full-fledged side-scrolling action game. Experience a game with epic amounts of content including 60 levels, a wide variety of equipment, daily and weekly missions, and more! Set in a world after Dracula has been sealed away, the pages of a new story bringing together heroes of the past have begun to turn…”

Also, according to the game’s page on Apple, as well as its official site, Grimoire of Souls will be exclusive to the Apple Arcade, being available for Mac, iPhone, iPad, and Apple TV. The title’s new release date was not revealed.