Choice and consequence outlined for Quantum Break on Xbox One 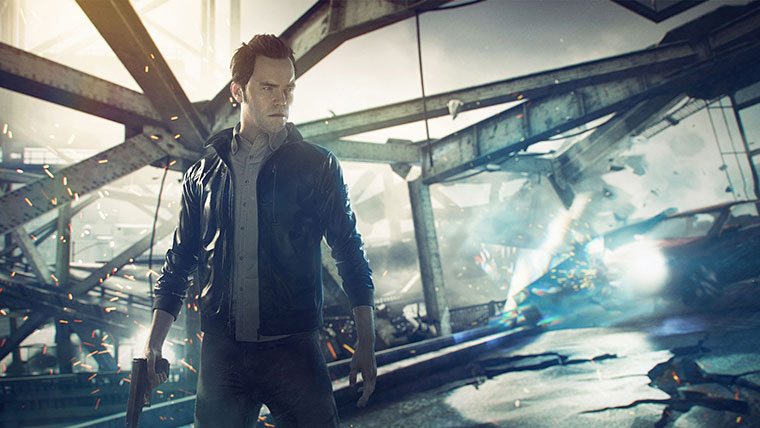 Remedy’s Quantum Break is one of the most compelling Xbox One exclusives in the pipeline. Partly because we know very little about the game, and partly because of Remedy’s pedegree as a game development studio responsible for some of the best games we’ve ever seen. If anything the game is ambitious, and a new interview with the studio over on Edge Online shines light on the choices and consequences found in what Remedy self describes as “The Ultimate Remedy Game”.

This ultimate Remedy game has already been revealed as a cover-based third person shooter. When the developers working on Quantum Break appeared at the Spike VGX, they revealed glimpses of new gameplay in a video that looked like a brand of gameplay that we’ve seen before.

But the real ambitious stuff comes in the form of the choice and consequence. “Unlike many other games, you actually get to know what the consequences of your choice are. [In other games], when I make a choice, I don’t necessarily know what the impact of that decision has been, or why things turned out a certain way. Obviously you can have twists and turns, but it’s good to understand the consequences of your actions. We should be making [choice] more meaningful for gamers and more engaging,” Matias Myllyrinne explained to Edge.

These choices come when playing the role of the bad guy at the end of an episode. This character has powerful time-manipulation powers, and can “choose which future comes to pass,” according to the developer. “You play that bad guy; you choose the moment. Then, once you’ve made your choice, you can enjoy a high-quality TV episode where you’ll see how your choices impacted certain things.”

Like the Xbox One is blurring the line between a games machine and multi-media console, it looks like Remedy is trying to do exactly the same thing in their game.