Civilization VI: Rise and Fall Explains Its New Features in a Video

The latest news in the world of video games at Attack of the Fanboy
January 17th, 2018 by Jose Belmonte 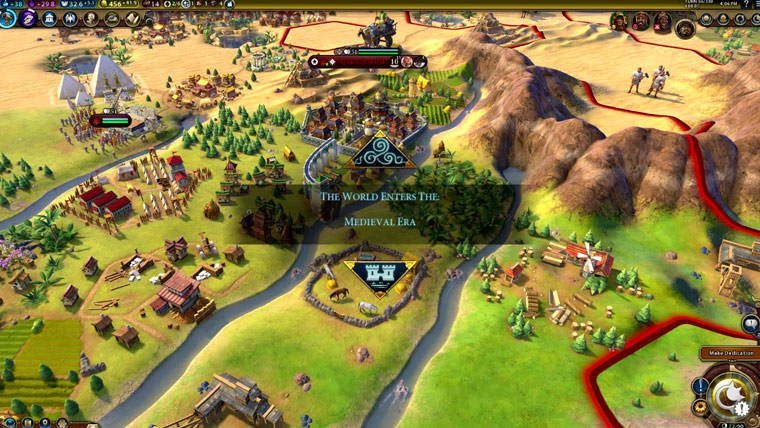 In only a matter of weeks, Firaxis and 2K will expand the content of their historical empire-management game Civilization VI with the Rise and Fall package, focused on the pendular evolution of every new society, with periods of either shining prosperity and decaying ruin. The expansion adds eight new civilizations including Mongolia or the Native American Cree, nine new leaders for existing groups, and a variety of new units and buildings. Additionally, Rise and Fall is improving the base game with new gameplay features that the developers have decided to explain in a lenghty trailer of 5 minutes.

The decisions that players take on the course of their civilizations now carry on through time and can lead them to Great Ages, or fall in a Dark Age when the evolution stalls for various consecutive periods. The decisions that we take when crossing to a new era are called Dedications, and they include reforming the coin, investing on discovering new lands, construction of industrial buildings, or taking a more military approach against other groups.

The new Loyalty feature adds an element of independence among the cities of your own empire, with golden eras increasing their support and will get you new bonuses, while dark periods will increase the likeliness for a city to revolt, start functioning like a city-state, and even be absorbed by a stronger empire at some point.

The new Governor figures have an important role in keeping the loyalty of the cities, as they work as diplomats within the empire. Each of the eight governors have their own unique skills, but players will need to decide whether they unlock a new one or they increase the powers of one of those already under their command.

If this sounds exciting, watch the trailer below for even more in-depth explanation of each of the new features. Civilization VI: Rise and Fall launches for PC on February 8.