Why Console Gamers Will Love Crysis 2 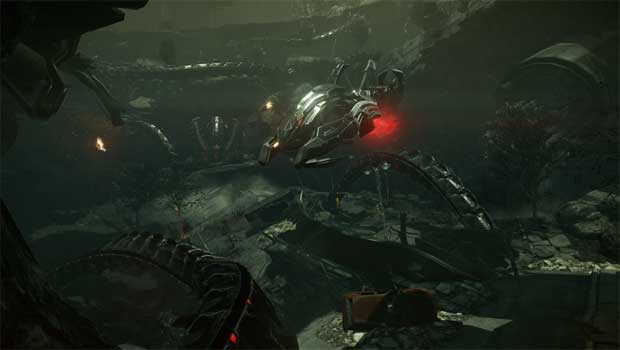 Crysis 2 is getting ready to release on March 22nd, and with that a whole new market of gamers will get to experience the Crysis franchise.  When it was originally released back in 2007, CryEngine 2 made minced meat out of graphics cards of the time.  Because of that, not many got to experience first hand what a first person shooter from Crytek is like.  Here are five reasons that console gamers will love Crysis 2.

1) The Nanosuit – If you haven’t played Crysis, then you likely haven’t experienced the Nanosuit.  Honestly, it’s one of the best things that a game has been built around in ages.  It’s not just for flash in the cutscenes,  it’s your primary weapon.    But the nanosuit is a weapon that you don’t just point and shoot.  It requires constant attention throughout the game.  Many of the actions that the suit does requires energy, so you will constantly be playing a game within a game to be functioning at full capacity.  It’s an interesting balance that many gamers likely have never seen, but eventhough it’s unfamiliar and takes some getting used to, it’s fun.  To the fun part, the Nanosuit just conveys this awesome sense of power.  No matter what the activity.  Jumping off a building, taking on an alien dropship, stealthily dismantling an entire enemy platoon,  right down to the traffic cameras snapping your picture for speeding while running,  there’s so many instances where the game gives you this sense of power.  It translates very well.

2) Best of Both Worlds- By now console gamers have grown to accept that many single player portions of games these days are just..short.  Not only are they short, but there’s little to no incentive to go back and play it again.  Sometimes this is understandable, and others, the single player campaign feels like a tacked on experience that had no business being shipped with the game in first place.  It’s safe to say that Crytek put in the efforts in their single player campaign and the multiplayer modes equally. You can expect not only a ten plus hour AAA campaign that rivals the best games in the industry today, but a multiplayer that is on par with the best experiences as well.  But even if multiplayer isn’t your cup of tea, the sandbox aspects of Crysis 2 can make each playthrough a completely different experience.

3)  FPS Sandbox – In Crysis 2 you are give all of the tools to make your experience what you want it to be.  Do you want to play stealth,  sneaking up on enemies and quietly disabling only the ones neccessary to proceed to your waypoint?  You can do that.  Or would you rather rip off a mounted turret, turn on your protective armor, and take on all comers while being bombarded from all sides?  You can do that as well.  The beautiful thing is you can do either or, swapping back and forth as the situation calls.   Most battlefields in Crysis 2 are large, and can be tackled in a variety of manners.  Not creative?  Crytek’s got you covered there as well.  The tactical visor will point you in directions where different ways to tackle a battlefield are.  It will point you in the direction of sniper rifles, flanking locations, and many other situations that arise throughout the campaign.

4) Graphics & Presentation – With so much negativity that has been thrown at this game in the past weeks, I honestly believe that gamers are going to be blown away when they see some of stuff in Crysis 2.  There are so many whoa shit moments in Crysis 2 that are pushing boundaries for our hobby, that you can’t help but be taken aback a little, no matter how jaded you are, or how much you think Killzone 3 is the bestest. Some of the finer points might be harder to see, but in others there is a clear cut level of quality that is being achieved that hasn’t been done before on consoles.

There’s a lot of little things that console gamers will love about Crysis 2.  The game is full of these finer details, spots where you wonder how long it took the developer to get the ladder to fall off a building in a manner so precise and realistic that you would think you were watching it happen in real life.  Or getting blasted in the face by an enemy heavy, to send your cybernetically enhanced ass reeling.  Then of course, there’s the Pinger, and you’re gonna need to experience that one on your own.