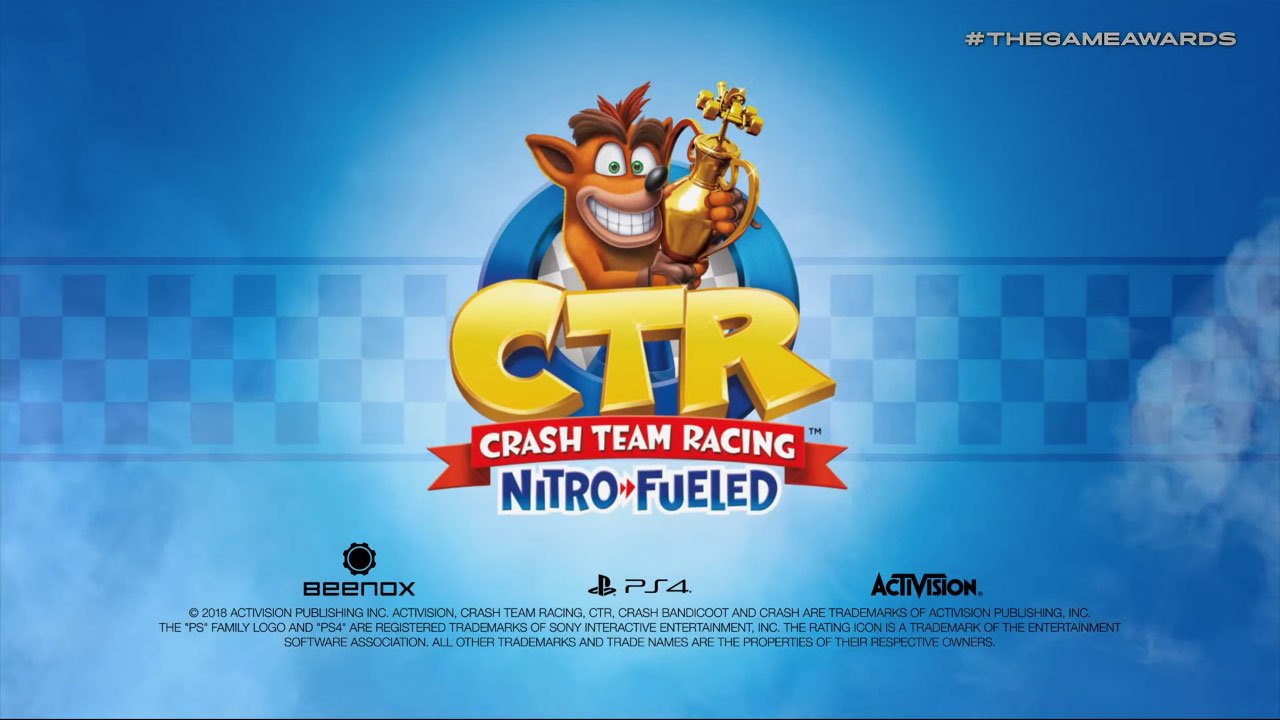 As many know, the original Crash Bandicoot trilogy was recently remade from the ground up for current generation consoles. Fans of Crash probably know that original series developer Naughty Dog made one more game after these three, the kart racing game Crash Team Racing. Now, it has been confirmed that this game will be getting remade as well.

During this year’s Game Awards show, the world premiere trailer was shown for Crash Team Racing: Nitro-Fueled, which will serve as an N. Sane Trilogy-style remake of the 1999 PlayStation game Crash Team Racing. Unlike the N. Sane Trilogy, which was developed by Vicarious Visions, this new remake is being developed by Beenox, who have worked on multiple Spider-Man, Skylanders, and Call of Duty games. As part of the process of modernizing the nearly 20-year-old game, this new version will allow players to play against others online.