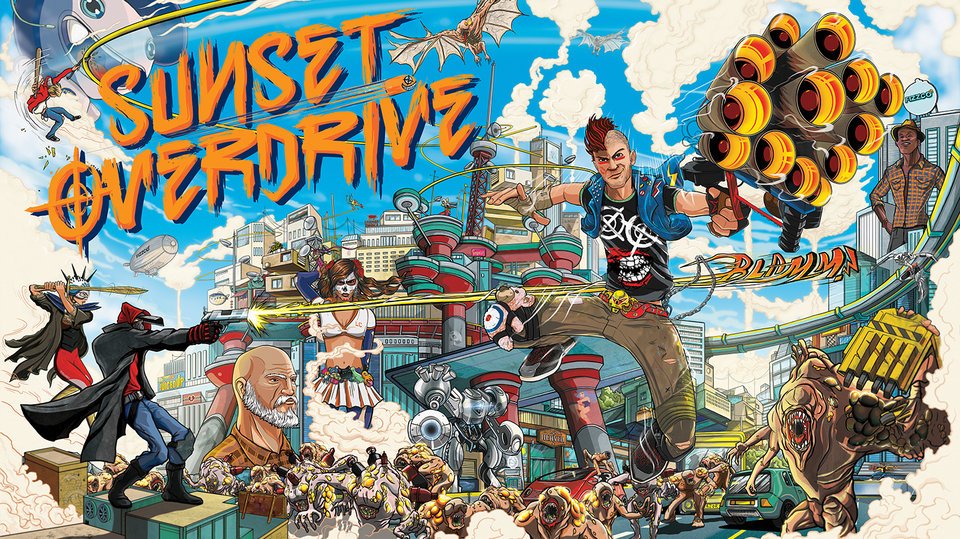 Creating box art for a game is tough. It has to convey the spirit of the game, as well as its general ideas, all through one picture. Bad box art can leave gamers the wrong impression for the game, or ignore it entirely. So how does Insomniac, a developer known for their stylistic games with zany weaponry, capture the heart and soul of Sunset Overdrive, a game that is being touted as irreverent and above all else, fun?

In a blog post on Insomniac’s website, community manager James Stevenson detailed the process that went into picking the box art for Sunset Overdrive. According to Stevenson, one of the primary issues Insomniac had was that Sunset Overdrive isn’t a “character-forward game”. That is, the gamer isn’t playing as a character, such as Nathan Drake, Mario or John-117. The gamer is playing as him/herself. This meant that Insomniac couldn’t have a “standard” cover, one of a pre-rendered character holding a gun with his chin pointed downwards in a blue and orange haze.

Insomniac decided then to go with ilovedust, an English graphic design studio, because they felt that ilovedust “truly got [Sunset Overdrive].” They then decided to go with a densely decorated illustration as a way to fully describe the zaniness of Sunset Overdrive. As an example of the wackiness:

A) The “hero” is holding a roman candle gun

B) There are multiple Overcharge Drinker mutants

In other news about Sunset Overdrive, there will apparently be online co-op, according to a tweet by Insomniac Games.

@close2nirvana there is a co-op online mode we will reveal soon, plus lots of updates planned, and tons of stuff to find / unlock

And here is another trailer detailing the gameplay of Sunset Overdrive, most notably how the game rewards you for playing with style.