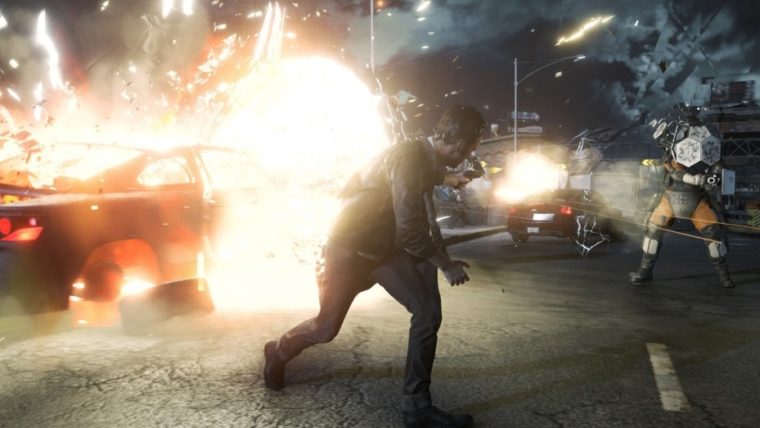 Some additional details were shared on the development for Quantum Break when Creative Director, Sam Lake, spoke during a lecture he held at the Cité des Sciences et de l’Industrie in Paris.

DualShockers attended the lecture and reported on some of the interesting information that Lake revealed about the development for Quantum Break. The game is unlike many other titles out there.

Talking about the cast, Dominic Monaghan was chosen to play the brother of Shawn Ashmore in the game because the two of them look similar to one another. Had they not cast Ashmore as the main lead, there is a good chance that Monaghan may not have been considered for the role. Luckily, the two actors knew each other well before getting cast so it was a perfect fit.

Time travel is a big theme in the game as Lake wanted players to make a lot of their own choices. It took several years to come up with a time travel story mainly because people can nitpick about plot holes and more. He said the development team worked hard on the concept to make it interesting, but not too complicated for gamers to follow.

As for the live action TV show elements, Lake feels this is a feature of the game and doesn’t interfere with actual gameplay parts. It is just a tool used to push the storytelling. He feels live action has a future in video games as a lot of “cool stuff” can be done with it.

In terms of a PC version of Quantum Break, Lake said “no comment“. It was rumored a PC version of the game was in the works after a Brazilian ratings website listed it. However, that website has since deleted the listing so nobody knows if the game will be out on PC anymore.