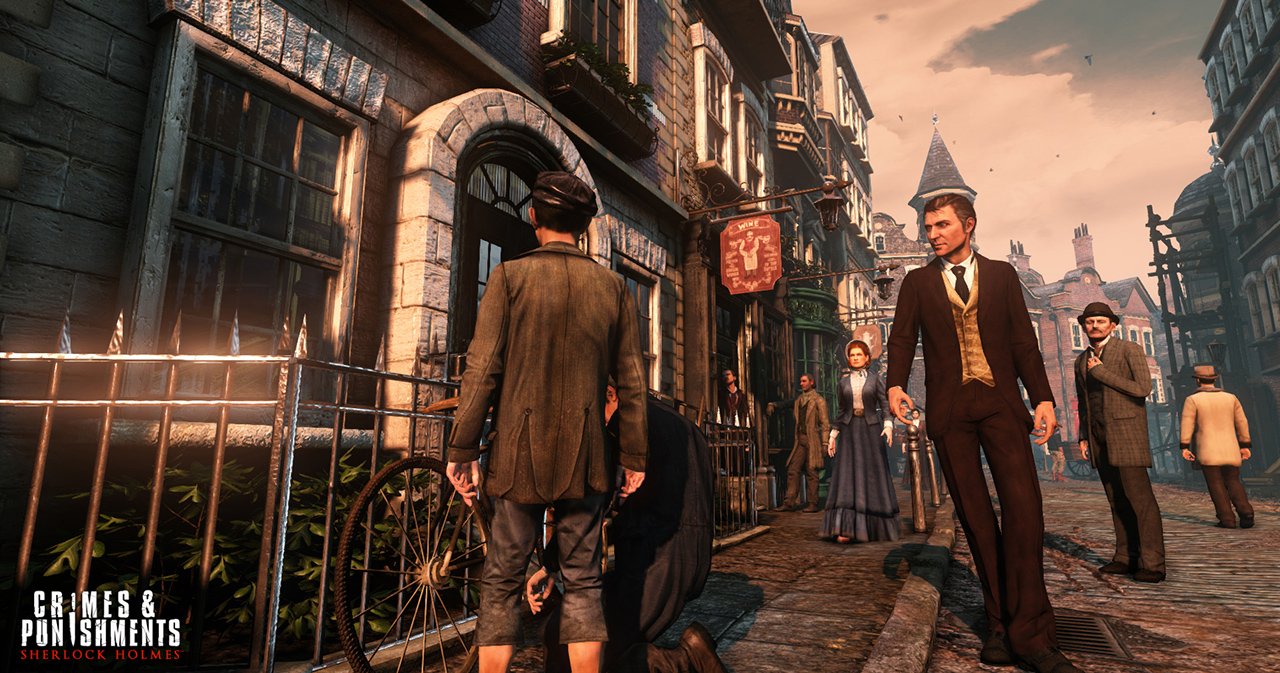 Everyone in the English speaking world knows who Sherlock Holmes is. Surprisingly, however, there haven’t been many video games of much repute on the subject matter in the history of all video gaming. Obviously the books were great, but so were the films and the television shows. It just so happens that Sherlockian video games haven’t caught on.

There just haven’t been many Sherlock Holmes games that were all that interesting, whilst at the same time gripped the player with something that met modern standards of graphics and compelling gameplay. It isn’t all for naught though, some of the attempts have created some memorable moments on Youtube such as the infamous, “creepy watson” from Sherlock Holmes: Nemesis from Frogwares Games. Frogwares Games came very close with The Testament of Sherlock Holmes, but no cigar.

All that is about to change, however, as Frogwares Games has now stepped it up with their newest offering: Crimes and Punishment Sherlock Holmes.

Frogwares Games do however have a sense of humor and to help advertise their new game have included a “Creepy Watson Returns” clip on Youtube.

As well as being quite funny, it does quite well at showing off the beautiful engine and world of Crimes and Punishment Sherlock Holmes. That is because the new engine is based off of the Unreal Engine 3, bringing together excellent graphics and interesting cases to solve. Sort of a LA Noire, but featuring Sherlock Holmes in the Victorian era. Very exciting.

Crimes and Punishment Sherlock Holmes looks to bring more freedom to the player, introducing interesting moral choices that will impact the rest of the game and it’s 8 different cases.

Frogwares intends to use the Unreal Engine 3 to its full potential by integrating features where by only looking at someone can tell Sherlock all he needs to know about the person and by staring intently at a crime scene, start to recreate what had occurred. Frogwares is really emphasizing immersion and actually being Sherlock Holmes, as opposed to being a silent spectator as Sherlock goes about his business.

More details are scarce as it is still a little early in development and a solid release date has not yet been announced, but darn, if this game lives up to its potential, it could really be one of the greats.

The plan so far, it seems, is to release Crimes and Punishment Sherlock Holmes in 2013 on PC, PS3 and Xbox 360.

PC GAMES PC Gaming sherlock holmes Xbox
You May Like