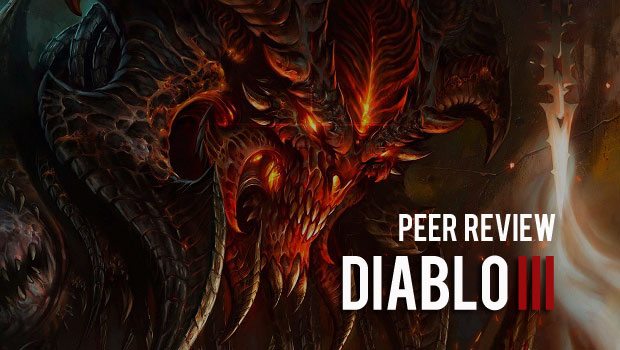 Critics have showered praise on Blizzard Entertainment’s latest work with Diablo III.  The Dungeon Crawling sequel has recieved mostly positive reviews from news outlets, but fans don’t seem to have the same opinion.  According to the review aggregator Metacritic, there’s quite a discrepancy between what critics are saying and what users are saying.

Kotaku – Yes – Because the action role-playing game that launched a thousand clones remains the most viscerally entertaining way to click your mouse several hundred thousand times.

Joystiq – 100 – At its core, Diablo 3 is a series of combat encounters and, when you realize just how carefully it’s put together, Blizzard’s expertise is staggering.

RPGamer – 100 –  It takes the core experience that made Diablo II great and makes it less frustrating and, more importantly, much more accessible. Where Diablo II encouraged careful planning and forethought, Diablo III encourages experimentation and fun. And hey, if you’re not down with that, Torchlight II is right around the corner.

Machinima – 95 – With Diablo III, Blizzard made one of the most approachable and enjoyable games in the world even better. In fact, aside from the annoying online-only infrastructure, I can’t imagine a single thing I would change to make this game better. That’s when you know you have a classic on your hands, and that’s also when you know you should play this game as much as you can.

Wired – 90 – It was one of the best cooperative experiences I’ve ever had in a video game, and I don’t even know who those people were. I’ve made my concerns about the storytelling in this game clear, but maybe that’s not as big of an issue. I came away from Diablo III with a great story to tell, one of my own making.

Game Arena – 65 – I’ve played 28 hours of Diablo 3 (according to the in-game measurement) – but this isn’t the whole story. I’ve spent six hours not playing it – nearly a quarter of my time total. With no competitive multiplayer,  constant network related issues and what I feel is negative movement in terms of the ‘loot’ metagame, Diablo 3 in its current state isn’t something I see myself playing any more.

Digital Noob – 50 – Overall, while there aren’t too many flaws, their severity make it impossible to even try to fake a good score. The requirement of a constant connection kills gameplay if the servers are ever so slightly unstable, or your cat unplugs your router, and the story is just so dull and uneventful that, despite all my hoping and wishing, I have no real want to go back and play through. I will, of course, to see how all the classes handle, and possibly push through Nightmare mode.

Gamer Tech TV – 40 –   Diablo 3 is a watered down cynical game which in its current state its single player mode is broken.