Crysis 2 Not a Great Fit for PlayStation Move 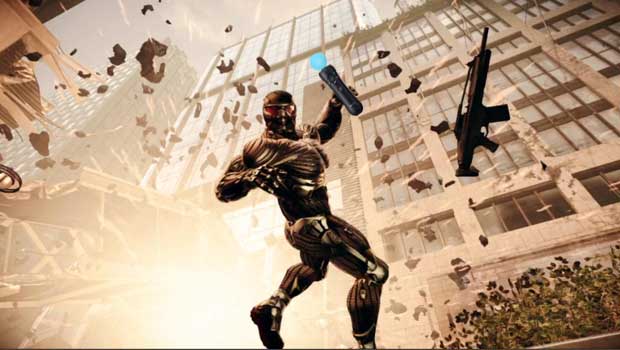 Crysis 2 will not be featuring any Move functionality when the game releases later this month.  A developer at Crytek claimed that the technology “isn’t quite there yet”.  Which is alarming considering that many who have used the motion controller with the latest Sony exclusive release, Killzone 3, said it worked really well for the shooter space.  Hasit Zala told Eurogamer that support for the device was limited at the moment.

“I think it’s an interesting concept, but I don’t think it’s quite there yet,” he argued. “I can’t think of too many first person shooters that are really embracing it at this point in time. There’s definitely something there but also with shooter controls, the sighting, being able to change your modes and your armour and switch into stealth mode – that makes it difficult for us to work with it at the moment.”

You can rest assured that if it was worth their while monetarily to do so they would.  Right now the install base for the motion controller likely still needs to mature and with time developers will surely find the resources to develop for the controller if there is enough demand. Though it boils down to the which came first argument.  If no one makes games is there a reason to buy it.  If no one buys it is there a reason to make games?  Thank goodness for first party developer.