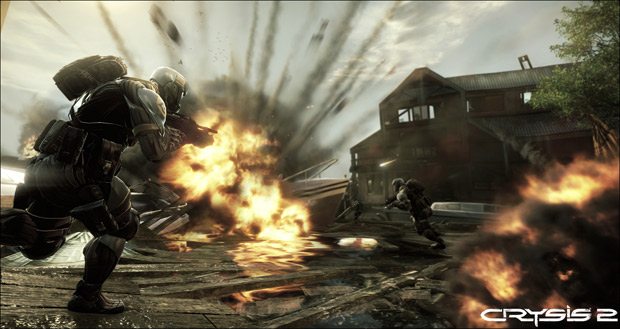 The Crysis 2 demo has been out and about for a while now, and many have had the chance to examine the multiplayer gameplay of the upcoming shooter.  Prior to starting up the demo, you are shown the multiplayer briefing.  The briefing (below), is worth a watch if you haven’t yet downloaded the game to try for yourself.

Players will compete in six vs. six matches set against a war-torn Manhattan in two maps: “Skyline”, set on top of the rooftops and interiors of skyscrapers, and “Pier 17”, an open environment with limited cover. The demo also features two modes: “Team Instant Action” pits two teams against each other as they kill as many opponents as possible to win the round and “Crash Site,” where players will battle for control of alien drop pods, earning points by guarding their pods and keeping enemies at bay.