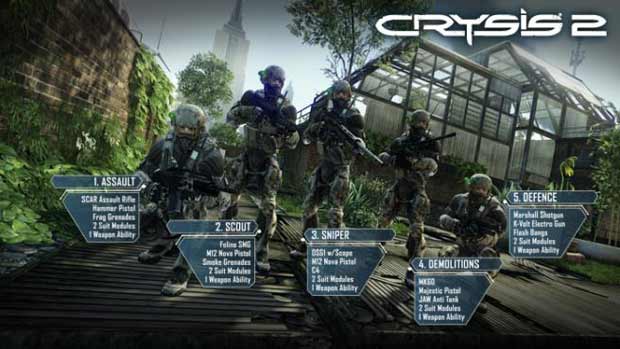 Crytek has just announced that PC gamers will get their shot at the Crysis 2 PC Demo for multiplayer on March 1st.  The Crysis 2 multiplayer demo will feature two maps, two game modes, and “hours of multiplayer action”.  The demo is setup for 6 vs 6 matches in the war torn Skyline map and on the illusive Pier 17 map which peeked it’s head out during the Xbox 360 multiplayer demo.

The two game modes in the demo Team Instant Action and Crash Site is exactly the same offering as the Xbox Live users got just a few weeks ago.  In Team Instant Action two teams will play against each other as the kill as many opponents as possible, a deathmatch if you will.  Crash Site has players battling for control of alien drop pods, earning points for guarding pods and keeping enemies away, King of the Hill.

The demo will be available from the official Crysis website, and other partner sites on March 1st.  The full retail version will launch shortly thereafter on March 22nd on PC, Xbox 360, and PS3.