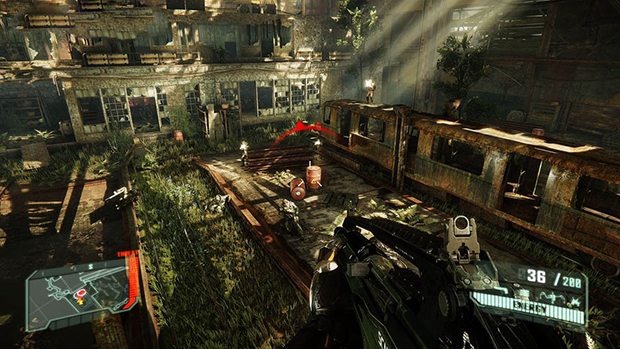 A release date has been set for Crysis 3, and it will arrive on February 19th in North America. The third installment of the popular franchise is said to be taking players back to the roots of the original game, giving more players more freedom with the sandbox elements of the game.

In Crysis 3, New York lies covered by a giant nanodome. Hidden from the rest of the world a secretive military faction has set up shop in the ruins of the city. Returning to the fight as Prophet, the Nanosuit soldier on a quest of discovery and revenge. Players will have to adapt on the fly with the stealth and armor abilities of the Nanosuit, as you battle through the seven wonders of New York’s Liberty Dome.

Earlier this month, Crytek revealed the system specs for PC players, and plan on releasing more information about the game as it gets closer to release with a video series titled “The 7 Wonders of Crysis 3.”