The latest news in the world of video games at Attack of the Fanboy
June 4th, 2014 by William Schwartz 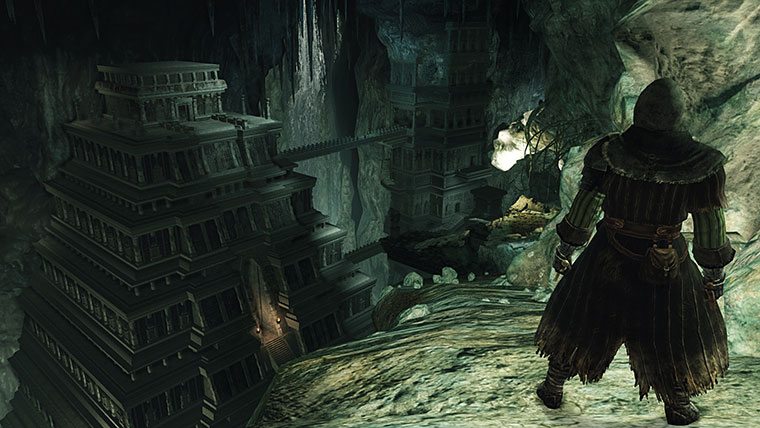 Dark Souls 2 will indeed be getting downloadable content to expand on the role playing game. From Software has announced the DLC for Dark Souls 2 will have three chapters called “The Lost Crowns” trilogy, and the first episode, “Crown of the Sunken King”, will be available in late-July.

“Crown of the Sunken King, the first chapter in the trilogy, sends players on a journey to reclaim the crowns that Drangleic’s King Vendrick once owned. Crown of the Sunken King features an entirely different world within the Dark Souls II universe, where stepped pyramids span a vast underground cavern. It is said that one of the ancient crowns lay buried deep within these dark caverns; but surely such a valued item cannot sit unguarded. Players that seek adversity and glory will be rewarded with a crown that holds the strength of lords from times long past.”

Namco Bandai will offer a Season Pass ($24.99)  for the content on PC.  The announcement has no mention of a Season Pass scheme for console versions, and says that The Lost Crowns trilogy will be available for purchase at $9.99 per episode.