The latest news in the world of video games at Attack of the Fanboy
December 20th, 2012 by William Schwartz 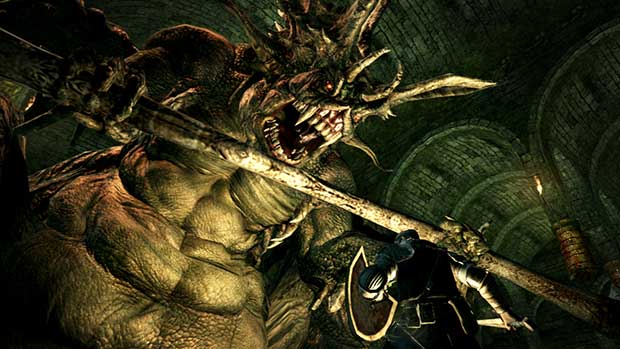 As Dark Souls becomes a bigger franchise, From Software has said that changes will be made to Dark Souls 2 in order for it to be accessible by more players. These comments got fans somewhat worried that the game may be dumbed down or easier, among other concerns.

However, these same fans that might be worried about the next game should have a listen to Producer Hidetaka Miyazki’s latest interview with Famitsu, because he’s all about protecting the core experience of the game.

“If we’re going to announce this as a sequel to Dark Souls then I think there’s certainly a core that we need to protect,” Miyazaki told the magazine. “I’m talking about how we think about the difficulty level and how you achieve things in-game; about the concepts behind the mechanics and level design.”

Earlier this month in an interview Edge, From Software detailed changes to the Covenant System and story telling as primary areas that the game would try to resonate with more players.

Dark Souls 2 has been confirmed for release on the Xbox 360, PlayStation 3, and PC. A release date for the game has not been revealed as of yet.