Dark Souls: The Board Game Hits Kickstarter, Blows Through Goal in Minutes 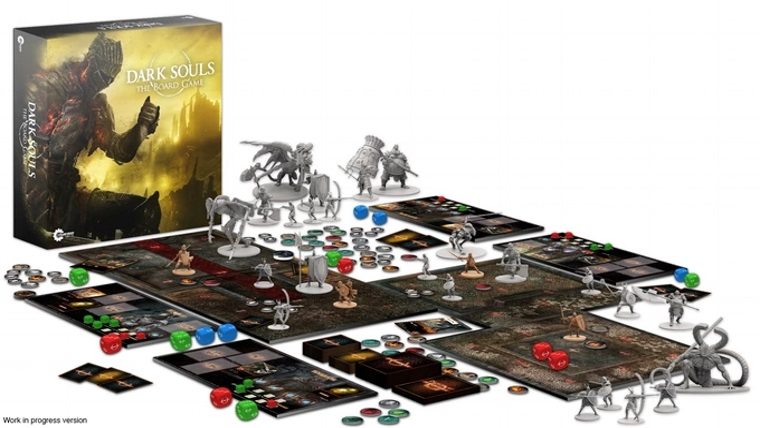 Dark Souls: The Board Game has hit Kickstarter, after being announced just over a week ago. The game is being produced by Steamforged Games, through a partnership with FromSoftware and Bandai Namco Entertainment. The Kickstarter campaign went up just a little while ago, and yet it has already blown past its initial goal of $70,832, hitting over $250,000 as of this writing. With 26 days left in the campaign it will only get bigger, with stretch goals being a certainty at this point already.

“Dark Souls – The Board Game is a strategically challenging, deeply immersive combat exploration game for 1-4 players set in the Dark Souls™ universe. Players choose from a number of core character classes and explore dangerous locations full of monsters, treasures, and deadly boss fights. Designed specifically for the Dark Souls universe and introducing a number of innovative gameplay mechanics, with world-class miniatures faithful to the rich universe, this game delivers an experience that captures the very essence of the original video games.”

Players who are interested in hopping onto the campaign can do so for $113. This provides them with a copy of the game, and all applicable stretch goals. This might seem like a steep price, but looking at the highly detailed miniatures, and the incredible craftsmanship that went into the game, it makes a lot more sense.