DC To Release Comic Based On Mortal Kombat X 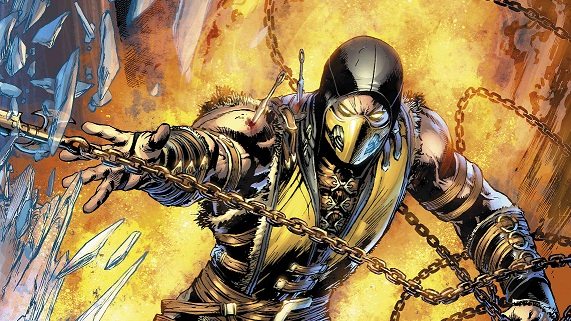 DC is going to release a comic book series that will serve as a prequel to the upcoming Mortal Kombat X video game.

DC revealed this exciting new Mortal Kombat X news recently at the New York City Comic Con event. The comic book series will serve as a prequel to the upcoming game and will feature many of your favorite characters. Not only will your favourites from the series feature in the comic books, but also some of the new characters from the game will feature in it too.

The first piece of artwork from the Mortal Kombat X comic book series takes a look at both Scorpion and Sub-Zero. They didn’t reveal much of the plot yet, but chances are it will give you a better understanding from the upcoming new game. After all, the game is set several years later from the 2011 video game.

The Mortal Kombat X comic series will be written by Shawn Kittelsen with interior art by Dexter Soy and covers by Ivan Reis. It’s expected that DC will be releasing the comic series sometime in January 2015.