The latest news in the world of video games at Attack of the Fanboy
May 3rd, 2016 by Scott Grill 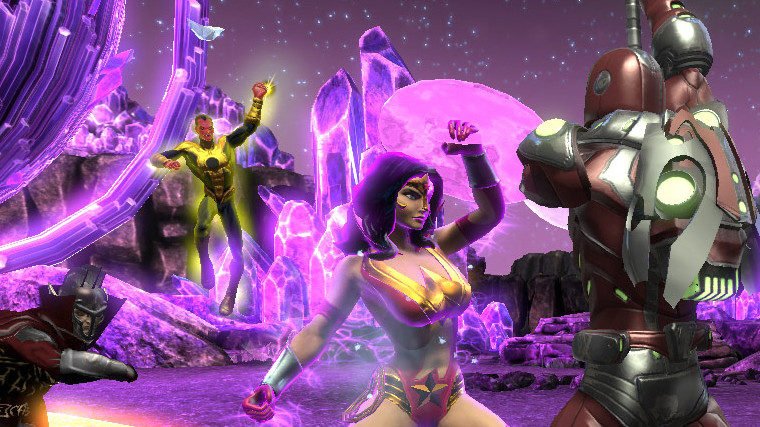 Daybreak Game Company began adding extra servers to DC Universe Online on Sunday for the Xbox One to deal with excessive queue times. Those initial efforts did not work, but the developer explained Tuesday how it plans to solve the problem of long wait times.

As previously covered, wait times to play DC Universe Online could reach multiple hours for players to get in through the free queue while subscriber queues. The initial demand for the MMORPG since its debut on the Xbox One has far exceed Daybreak’s estimates and it is continually adding servers, but that hasn’t been enough to solve the issue yet.

New servers were added again Monday morning, but it was hard to tell. Server queues were still extremely long with some players throwing up their hands and walking away while others threw up their hands and purchased a monthly subscription so they could get in.

Daybreak acknowledged the queue issue for the Xbox One in the game’s official forums and on Twitter. Even more servers were added Tuesday morning with the developer stating this will be a daily occurrence until the queue issues are resolved.

“We will add hardware every morning. Our goal is no one waiting in the queue,” Daybreak explained to a follower on Twitter.

“Our goal is no one waiting in the queue, so we will continue to add additional hardware as fast as we can,” the developer added to another fan.

Unfortunately, Daybreak is in a tricky spot. DC Universe Online launched on the Xbox One relatively quietly and without much fanfare. The interest in the five-year old MMORPG still surpassed the developer’s rather subdued expectations. It is adding servers as quickly as possible, but it can’t add so much that it is caught with over capacity when the players start the inevitable migration to other games. Should be interesting to watch over the next week.