DC Universe Online Flies On To Xbox One

The latest news in the world of video games at Attack of the Fanboy
April 29th, 2016 by Scott Grill 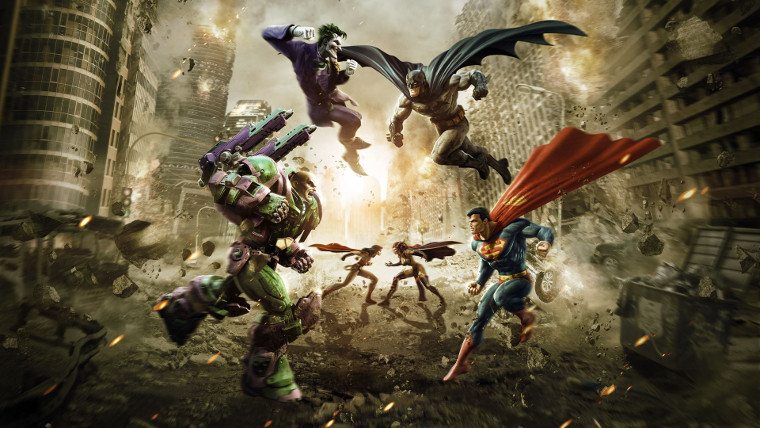 DC Universe Online made a surprise launch on the Xbox One Friday following a PAX East trailer which did not give a release date clue. The free-to-play MMORPG is available to download now with the servers going online at 12 p.m. ET / 9 a.m. PT.

The download for DC Universe Online is available on the Xbox Store and weighs in at a little over 34 GB. The game currently has 14 episodes available for the console, which can be purchase in three packs containing 5 episodes in the first two packs and four in the third.

Episode Pack I and Episode Pack II both cost $14.99 each while Episode Pack III features newer content and costs $39.99. There’s also an $80 Ultimate Edition that comes with all episode plus bonus items like a “Shield weapon, Skimming movement mode, Lair System access, and additional character slots.”

Alternatively, those interested in all of the DCUO content can purchase a one-month or three-month subscription for $14.99 and $39.99, respectively. These unlock all of the episodic content to play, give a 10 percent marketplace discount, and gives a small amount of in-game currency every month.

The good news is DC Universe Online comes with plenty of content to check out for free before deciding if you want to purchase any episode packs or subscriptions. You’ll start with the ability to create your own hero or villain character from several power sets and abilities. Additional power sets are available in the various episode packs or all of them can be purchased in the Power Bundle.

There is also the ability to play as one of 40 available DC super heroes, such as Superman, Batman, Wonder Woman, The Joker, Harley Quinn, and more. The Legends PVP and PVE modes gives DC Universe Online players an opportunity to take on adventures or battle others as their favorite characters.

It’s worth noting cross-play between the Xbox One and PC or PlayStation 4 is not supported. These are brand new fresh DC Universe Online servers going live with no support for character transfers. This means everyone will start anew.

The addition of the Xbox One version of the MMOPG became a possibility in February 2015 when Sony sold Sony Online Entertainment to the Columbus Nova investment company and was renamed to Daybreak Game Company. This split opened up the possibility of games like DCUO, Planetside 2, H1Z1, and others making the leap to the Xbox One.

“Xbox One players can finally channel their inner Super Hero – or Super-Villain. Whether they want to run fast like The Flash, fly like Superman or wield ice like Captain Cold, we have more than five years’ worth of content to adventure through in DC Universe Online,” DCUO Creative Director SJ Muller said in a press release. “DCUO is the only MMO set in the DC Comics universe, and its physics-based combat allows players to really feel like they are part of this action-packed Super Hero world.”