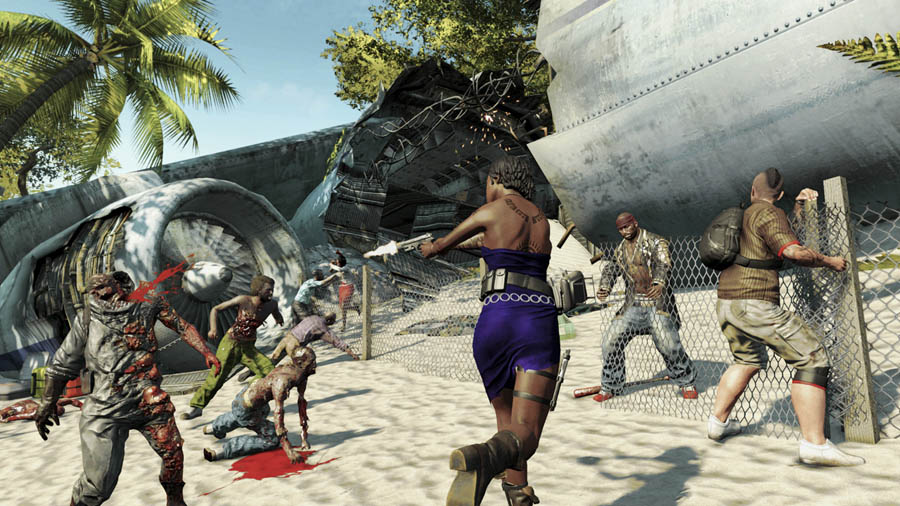 Dead Island Riptide has been officially confirmed for release on April 23rd, 2013. Riptide will bring back the open world gameplay and cooperative experience of the action-RPG, while retaining the cast of characters that players became familiar with in the original.

Alongside the release date announcement, did reveal two different editions of Dead Island Riptide, which will offer various bonuses that will aid in the disposal of the zombie hordes of Palanai Island. We’ll likely be seeing more of this game as it gets closer to its release date.

The early screenshots show off a game that looks very similar to 2011’s initial release of Dead Island. What changes have been made to the game to improve upon the intriguing gameplay structure are definitely details we’ll be looking forward to.

Dead Island Riptide has been confirmed to arrive on the Xbox 360, PlayStation 3, and PC.

Deep Silver today announced the global release of Dead Island Riptide, the next exciting title in the multi-million selling Dead Island franchise, as well as providing details for the exclusive pre-order editions of the game.

Already one of the most anticipated titles of 2013, fans will finally be able to take on the zombie hordes once again when Dead Island Riptide is released on April 23, 2013 in the USA and Canada, and on April 26, 2013 in the rest of the world.

● Pre-order Edition: This version of Dead Island Riptide will include an exclusive pack of weapon mods that allows even more, manifold ways to dispose of the ghastly zombie hordes on Palanai island.

● Special Retailers Edition: In addition to the weapon mods this version will contain an alternate character skin not obtainable anywhere else! The Special Edition of Dead Island Riptide will only be available at selected retail partners. Details about the retail partners per territory offering the Special Edition will be announced soon. The Special Retailers Edition will also feature an alternative packshot.